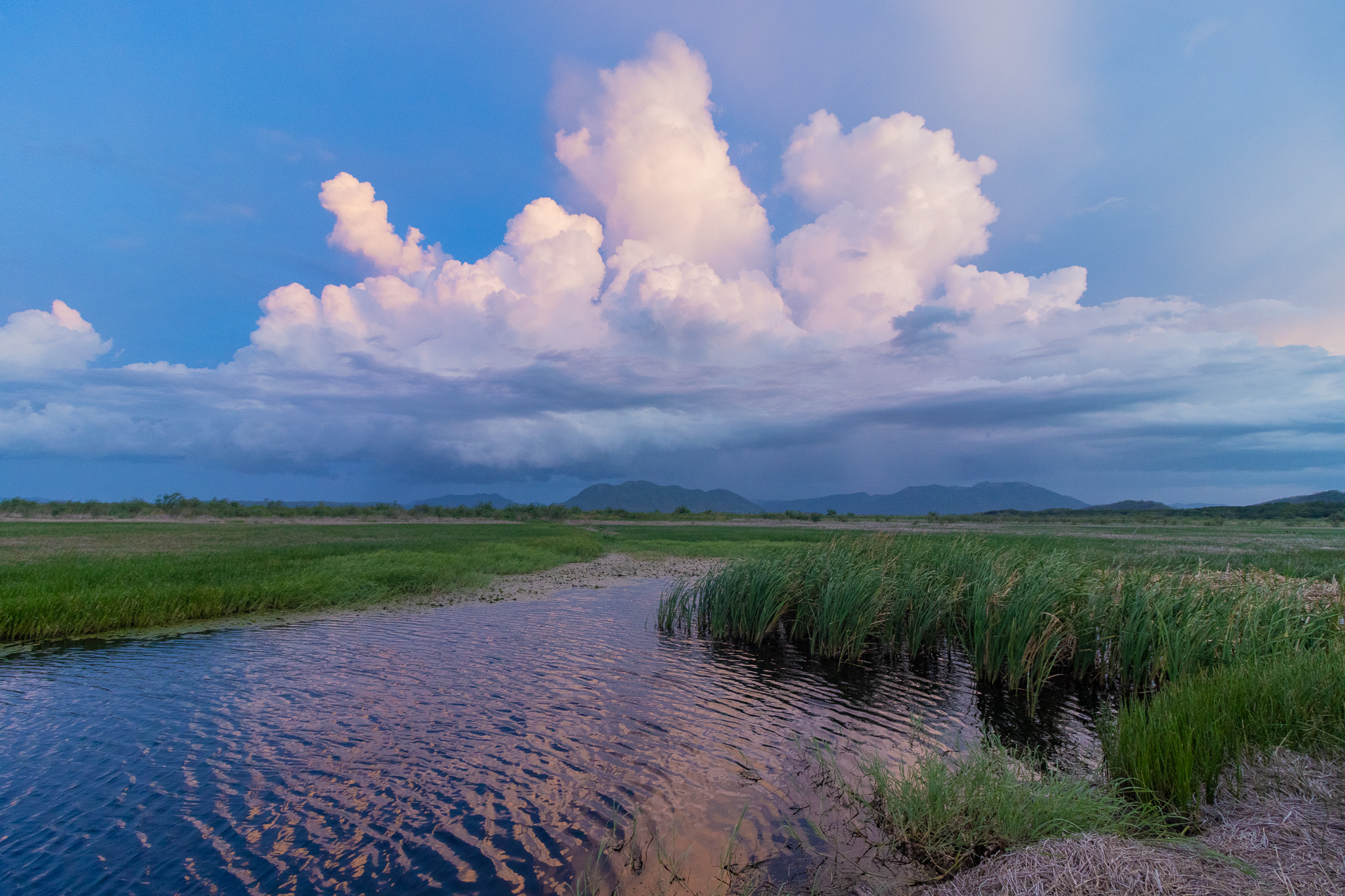 It is no secret that Guanacaste is full of wildlife. It is one of the reasons why so many nature-loving travelers flock to this northern province, which is easily reachable by plane or car. Immersion in nature at its best is one of its greatest attractions, and great boutique hotels like Rancho Humo Estancia, a member of the exclusive Enchanting Hotels.  With so many animals making the wetlands and dry tropical forests their home, let´s showcase 5 Amazing Animals you will find on the Nicoya Peninsula.

Come prepared to see most probably all of these five favorites during your stay at Rancho Humo Estancia. With several custom-designed tours to show you the best of Guanacaste´s natural wonders and cowboy culture, welcome to the essence of Guanacaste. Rancho Humo Estancia also brings you the very best of VIP service with its fully equipped luxury rooms designed to give you comfort and convenience.

Rancho Humo Estancia sits on what was once a working cattle farm that has been turned into a boutique hotel and private reserve. The reserve protects various forests, including the endangered Dry Tropical Forest found on the Nicoya Peninsula.  Connect to the surrounding wetlands and wildlife sanctuary of Rancho Humo with signature tours where wildlife spotting is a highlight of the adventure.

Rancho Humo Estancia is home to the American Crocodile, the largest of its species, along with the saltwater croc. Reaching up to 16 feet long and can weigh between 800-1200lbs, the Palo Verde crocodiles are easily spotted as they lay next motionless on the sunny riverbanks.

They are very territorial, and thanks to their tolerance of salt water, crocodiles can be found in many ecosystems as long as there is lots of sunlight to maintain and regain their body temperature and energy for hunting.

The Jaribu (jaribu mycteria) is a stork that is both large in size and has an equally large bill that inhabits tropical wetlands. While they feed in the wetlands and wade around the marshes and flooded fields, they build their nests high up in the trees far from the water. Their nests are works of architecture in the form of a large platform made from a collection of sticks that they reuse year after year. They nest in tall trees in the middle of the savanna or forest, where they lay between two and four eggs. They are known to be strong fliers with their distinctive white plumage, black head, and neck with an impressive red band at their base.

In the Palo Verde National Park that embraces the Tempisque River is just by Rancho Humo Estancia, the Jaribu have been observed and researched over the years. Based on the findings, the reproductive season runs from late August to the end of May. The young continue to be taken care of by their parents in the wetlands from April through to the end of July.

Rancho Humo Estancia is home to the Mantled Howler monkeys, also known as Congos (Alouatta palliata). These noisy yet sedentary canopy dwellers are abundant in Central and South American forests and produce one of the loudest vocal sounds of any land animal in the world. This is no insignificant feat for a relatively small animal.

The Howler Monkeys will be your natural alarm clock as the males welcome the new day with a sound similar to a lion´s roar to that of a small tree-dweller. This impressive call does not mean that they are aggressive, though. These black, 3 feet-high (add 3 more if you include its tail) monkeys live on a diet of leaves, flowers, and fruits, especially the young ficus tree leaves.

The Nine-banded Armadillo (Dasypus novemcinctus) means “little armored one” in Spanish, while the Aztecs named it the equivalent of “turtle-rabbit.” This species has nine moveable bands on its shells and is actually in the same family as the sloths and anteaters. However, unlike their distant relatives, they have very few natural predators.

These large domestic cat-sized animals live on the land, escape the warm Nicoya Peninsula sun resting in their burrows, and come out during the cooler nights to locate food. They have a strong sense of smell and poor eyesight. Their dining preference? Small insects and the occasional fruit. Their sticky tongues come into good use as they probe holes, looking for their next meal.

The Northern Tamandua (Tamandua Mexicana) is most commonly known as an anteater, living in the tropical and subtropical forests of southern Mexico and Central America. This beautiful animal is medium-sized with pale, yellow fur over most of its body with patches of black on its back and shoulders.  Their diet is similar to their distant relatives, the armadillos, where insects, including ants and termites, are their favorites on the menu.

While the anteater is mainly nocturnal, during your exploration of the Rancho Humo Estancia reserve and adjoining national park, the Northern Tamandua may be spotted during the day too. They spend about 40% of their time in trees feeding or resting. They also move and forage on the land but are not very agile, so keep your eyes on the ground and the trees to spot these impressive animals.

The Nicoya Peninsula and the Palo Verde National Park area is a nature lovers’ paradise, and Rancho Humo Estancia looks forward to sharing its beauty and surprises. These are just 5 amazing animals of the Nicoya Peninsula. Come and see hundreds more. 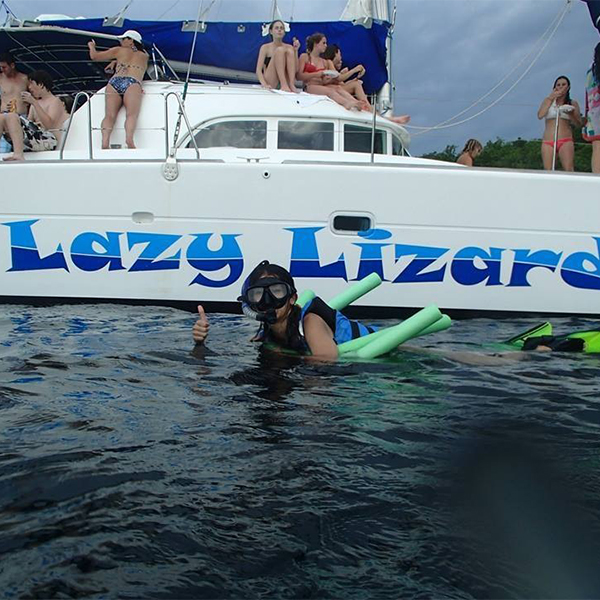 Reviews about the Lazy Lizard Sailing Experience! They are fantastic!
Georgia Atkin 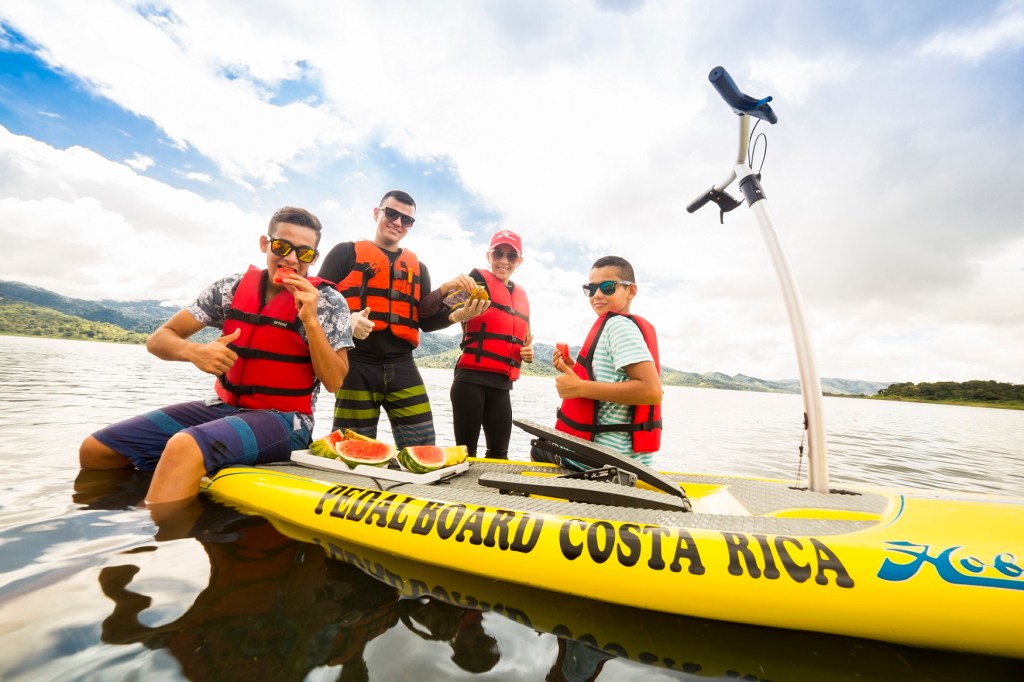 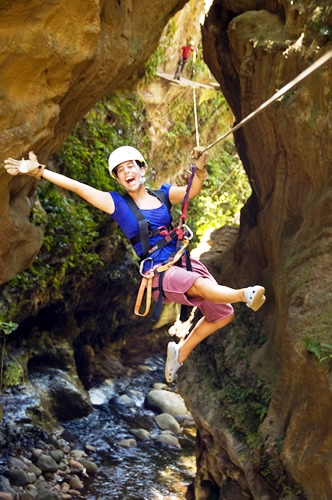