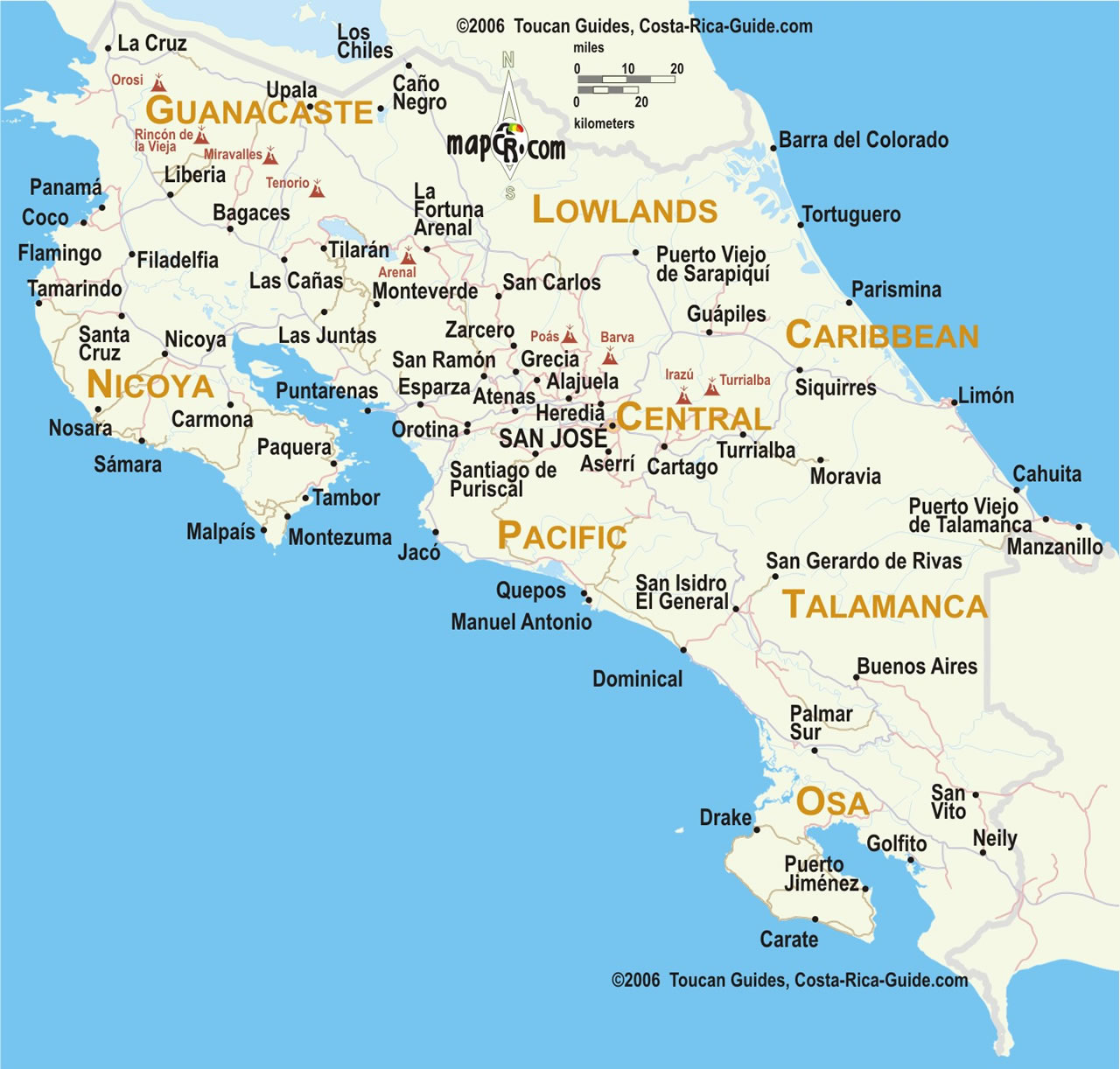 Earthquakes in Costa Rica, like the rest of the Americas and Asia along the “Ring of Fire,” happen all the time.

Of course, most usually aren’t as strong as yesterday’s 7.6-magnitude earthquake that occurred at 8:42 a.m. along the Pacific Coast of the Nicoya Peninsula. The quake’s epicenter was 6.3 kilometers (almost four miles) south and southwest of Playa Sámara, according to the University of Costa Rica’s Seismic Engineering Laboratory.

Although the quake is one of the strongest in the country’s history, miraculously and thankfully, there was not as much damage as the magnitude might warrant. Some blocked roadways, some structural damage, some collapsed houses and one death of a heart attack caused by fright, were the most serious results, according to Costa Rican officials. The National Emergency Commission credited the relatively deep location of the quake, 25 miles (41 km) below the surface, and the country’s strict building codes as the reasons that damages weren’t greater. Residents in most regions near the quake’s epicenter faced temporary power outages and road closures.

“Today everything is basically back to normal. The beaches are fine; people are surfing. The airlines and transport are running fine. The roads are open. If you weren’t here yesterday you would never know,” said Susan Money, owner of Pranamar Oceanfront Villas & Yoga Retreat at Playa Santa Teresa. The luxury boutique hotel is located near the tip of the Nicoya Peninsula just to the south of Playa Samara. Susan reports that though they lost electricity and internet for the day and evening, they were back on this morning and there were no damages at the hotel. “We had a fun time last night cooking with candlelight,” she said, “the guests loved it.”

Other hotels in our network – Hacienda Guachipelin in Rincon del la Vieja, Hotel Tropico Latino at Playa Santa Teresa, and L’acqua Viva Resort and Spa in Playa Guiones, Nosara, on the Nicoya Peninsula – all report operations are normal and no damages at their facilities.

Earthquakes that happen deep underground tend to cause less damage, experts say, but their shaking can be felt over a wider area. Yesterday’s quake here was felt all over Costa Rica and also by neighbors Nicaragua to the north and Panama to the south. But in comparison to the damage caused by similar earthquakes in the past – the Cinchona earthquake on January 8, 2009 (6.1-magnitude), and the Limon earthquake of 1991 (7.8-magnitude) – yesterday’s event near Playa Samara was only a mild reminder of Costa Rica’s seismic environment.

at several million earthquakes occur around the world every year. Many go undetected because they hit remote areas or have very small magnitudes. The “Ring of Fire,” of which Costa Rica is a part, is a 25,000-mile (40,000 km) horseshoe-shape, nearly continuous series of oceanic trenches, volcanic arcs, and volcanic belts and/or plate movements (Wikipedia). It stretches from the Tonga Trench east of Australia, up through Java, the Philippines and Japan, across to Alaska and down the entire Pacific Coast of North, Central and South America. It is home to more than 75% of the world’s active and dormant volcanoes.

Under Costa Rica, the tectonic plates Nazca, Cocos and Caribbean all converge just off the Pacific Coast. This makes for a lot of seismic activity, never mind Costa Rica’s line of volcanoes; if any of these plates shifts, the country will feel it. In the area where the Sept. 5 quake hit on the Nicoya Peninsula, the Cocos plate is diving beneath the Caribbean plate. Earthquake experts from the Volcanological and Seismological Observatory at the National University have been estimating the possibility of a large tremor along the Nicoya Peninsula for some time; there has not been a major quake in the area since 1950.

Yesterday’s event instantly hit the world news media, and the tiny country of Costa Rica is once again in the limelight. Usually, the Central American paradise is celebrated for its rich bio-diversity and beautiful nature – stunning beaches, mountains, volcanoes and a wide network of national parks and private reserves. Rest assured, that the Costa Rica Tourism Board is working with the National Emergency Commission, national and regional tourism chambers, the Costa Rican Chamber of Hotels, and the Costa Rican Association of Tour Operators to monitor the country’s tourism operations after yesterday’s earthquake. You can find up-to-date information on their website here.

Millions of tourists travel to Costa Rica each year for its beauty, ecology and adventure. Just count Costa Rica’s dynamic seismic environment as part of the adventure!