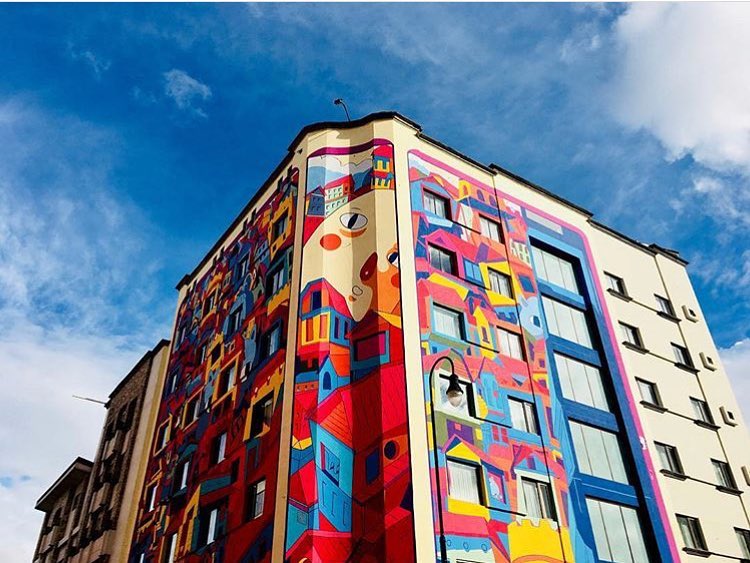 Costa Rica has placed itself on the world map for many reasons, but principally for its vanguard attitude and policies in the conservation of its natural resources of which it has plenty.  In the shadows of the preservation of its rich biodiversity, use of clean energies, and a formidable reforestation program, is the country´s interesting and noteworthy cultural and historical story.  Where is this? The Central Valley…Costa Rica´s cultural and historical epicenter.  Let´s take a look!

From the beginning of its modern history, the Spanish colonizers settled in the Central Valley, which not only is well named as it is literally located in the middle of the country, but it sits between two mountain ranges: The Central Volcanic Range to the North and the Talamanca Mountains to the South at around 3000ft above sea level.

This privileged position, both in latitude and altitude means that the Central Valley boasts an eternal spring-like climate with average temperatures around the mid-’70s all year round with cooler temperatures in December thanks to the winter winds from the north. The Costa Rican founders were onto a good thing when they decided where to develop the country.

Then coffee was discovered! High up in the volcanic-rich soils of the Central Volcanic Range became the perfect place to plant Arabic coffee and this golden bean became Costa Rica´s claim to fame very quickly. And what a great cup of coffee it was and continues to be centuries later.  Don´t miss having a café in one of the many cosmopolitan coffee shops around the city.

Riding on the coffee wave, San José and the other three cities began to grow and develop: the original capital city of Cartago, Alajuela, and Heredia.  Streets, buildings, houses, hotels, and parks were born in this period….and…. the national treasure in the form of the National Theater that is a tribute to this period of growth and sophistication.

Did you know that San José was the third city in the world to have electricity? Yes!

As more and more Costa Rican´s crossed the Atlantic Ocean to study in Europe, they returned having learned about this culturally and historically rich part of the world and with architectural knowledge from the old continent.  Some of these buildings, parks, and streets can be appreciated to this day in the Central Valley and particularly in downtown San José which has some historical gems to check out while visiting.

Must-sees in the Central Valley.

Do a walking tour of the center of San Jose to really get a feel of the historical and cultural gems it has. Fortunately, not long ago, Costa Rica understood the importance of its historical buildings and sites and many have been reclaimed and restored, a small but significant step considering the numerous lost to parking lots and modern times.

Where to stay in the Central Valley

Enchanting Hotels Collection has signature boutique hotels all over the country and in the most beautiful places.  There are two hotels in the Central Valley, both very charming and both offering completely different Central Valley experiences.  Why not stay at both and live the city and the country experience. The great thing is that they are only about an hour and a bit away from each other!  This is Costa Rica at its best.

If you would like the city experience, stay at Studio Hotel, a five-star boutique hotel in one of San Jose´s most cosmopolitan suburbs on the west side.  It is located on the far end of the dynamic and vibrant Lindora Strip that is full of restaurants, bars, commercial centers, and offices.

While on the outside, Studio Hotel is in the center of this fantastic vibe, on the inside, it is an oasis of art and serenity from the moment you enter the property and greeted by the most beautiful shady tree that invites you to sit under or do some morning yoga. Studio Hotel has one of the country’s most important art collections so not only do you stay at an amazing boutique hotel with all the amenities and facilities, but you are also staying at an art museum.

At the other end of the spectrum but equally beautiful, you find the Poas Volcano Lodge. This cozy eco-luxury mountain retreat is located on the slopes of the majestic Poas Volcano, one of Costa Rica´s most important natural landmarks and just over an hour from the Juan Santamaria International Airport.

Poas Volcano Lodge is nestled in a cloud rainforest and boasts breathtaking views of the Central Valley below.  It is part of a working daily farm so enjoy, not only the natural beauty of its location but also learn about the rural way of life in Costa Rica. It is also just a short drive from coffee plantations, waterfalls, and of course, our Poas Volcano which boasts one of the largest live volcano craters in the world!

So, see you in the Central Valley for your visit! You will love it.