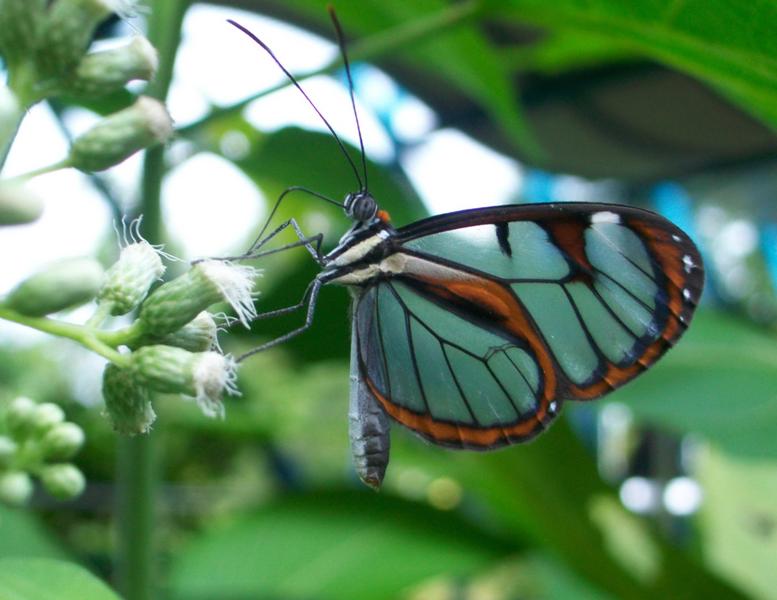 More than five new species of butterflies in Costa Rica have been discovered by the Veragua Foundation for Rainforest Research. Support their scientific research by visiting the Veragua Eco-Adventure Park.

In fact, between Mexico and Patagonia, on the continents of North and South America, you can find the greatest number of butterfly species in the world. That’s saying a lot when there are approximately 20,000 species of butterflies on the planet, and around 130,000 types of moths.

In Costa Rica there are more butterflies and moths than in the entire United States and Canada combined – 1,596 species of butterflies in Costa Rica and at least 11,000 moths. And new species are being discovered all of the time.

The Veragua Foundation has generated significant studies about butterflies and moths on their private rainforest reserve in the central Caribbean region, one of the most diverse places for butterflies in Costa Rica. Almost 23 percent of the known species in Costa Rica – 379 species of butterflies – have been found at the Veragua Rainforest Eco-Adventure Park.

“The diversity of butterflies in Veragua can be attributed to its geographical position,” commented Solano. “We have influences from lower elevations by the coast and mountain elevations.”

Veragua Rainforest is located 16 miles (26 km) inland from the Port of Limon on the Caribbean Coast, at 1,411 feet (430 m) elevation, next to the Talamanca Mountains and the La Amistad International Park.

“The Talamanca, central and south Caribbean, and the La Amistad International Park are some of the areas with the most endemic species of butterflies in Costa Rica,” explained Solano.

Why are butterflies so important?

Besides butterflies, biologists at the Veragua Foundation for Rainforest Research are actively studying reptiles, amphibians, insects and mammals to see how climate change is affecting species. They study the interrelationship between animals and the rainforest to judge climate change, see how to reforest and regenerate forests that are damaged, and how to restore biological corridors, said José Salazar, biologist and Research Coordinator for the Veragua Foundation.

Salazar said some of the reasons why Veragua Rainforest has such a rich biodiversity are that it is a direct biological corridor between the coast and the La Amistad International Park, it borders primary rainforest, and the reserve’s rugged terrain with many different elevation levels, creeks and a river, all create microclimates and habitats.

“The only other area in Costa Rica that has the same level of biodiversity and potential for scientific investigation is Corcovado (National Park), which is relatively unexplored,” said Salazar.

If you would like to support the scientific research generated at Veragua Rainforest, you can help fund the Veragua Foundation, or visit Veragua Rainforest Eco-Adventure Park on an Educational Program, a cruise ship shore excursion, or on an individual day tour.