Have you ever wondered where those funny names for yoga poses come from?

For example, what is Adho Mukha Svanasana? And how do you pronounce it!

Yoga postures – asanas – are given traditionally in the ancient language of Sanskrit. For more than 2,000 years, Sanskrit has been a classic literary language of India and a sacred language of Hinduism, Buddhism, and Jainism.

Many yoga poses are named after heroes, saints and sages of India and Hindu myths. Others are named after animals and nature – observations by people in the world around them. These poses are all named in Sanskrit. Then there are the newcomers – the yoga postures that have developed in recent times, with names like “Wild Thing” or “Rock Star”. 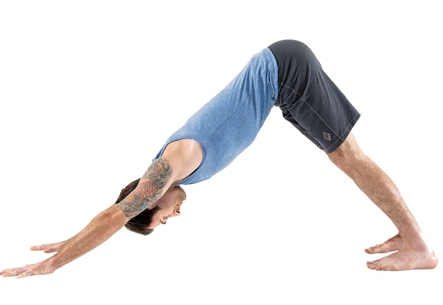 Adho Mukha Svanasana is the Sanskrit name for Downward-facing Dog pose, which literally comes from a natural stretch that dogs do. Watch any dog get up from a nap and you’ll see a perfect “downward dog”.

Cobra pose (Bhujangasana) uses the symbol of the sacred cobra and the awakening of dormant energy for its action. 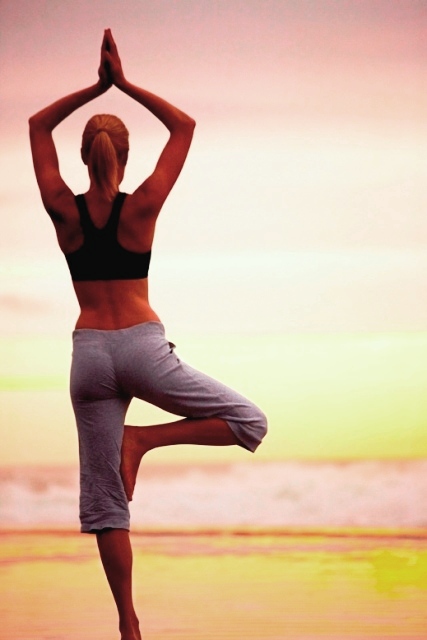 Tree pose (Vrksasana) follows the nature of a tree growing its roots down in the earth to be able to reach to the sky. 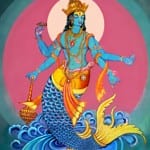 The deep spinal twists of the Lord of the Fishes pose, or Matsyendrasana, and Half Lord of the Fishes pose (Ardha Matsyendrasana), originate from the old Hindu myth about the early Tantric yoga master Matsyendra, known as the “Lord of the Fishes”. Matsyendra was an actual person, born in Bengal around the 10th century. In one myth about him, “the infant Matsyendra is thrown into the ocean because his birth has occurred under inauspicious planets. Swallowed by a giant fish, he overhears Shiva teaching the mysteries of yoga to his consort Parvati in their secret lair at the bottom of the ocean. Matsyendra is spellbound. After spending 12 years in the fish’s belly, all the while exploring yoga’s esoteric practices, he emerges as an enlightened master,” notes an article in the Yoga Journal. 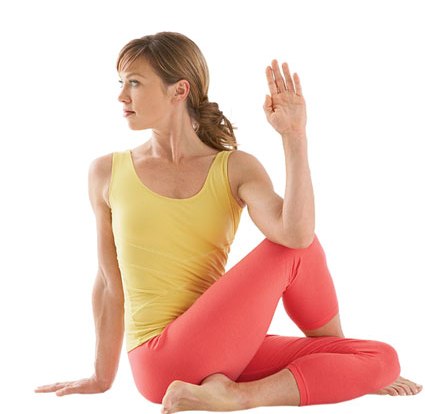 Warrior poses, or Virabhadrasanas, are named for the fierce warrior, Virabhadra, son of the god Shiva, whose qualities of courage, determination, balance and stamina are emulated in the poses.

The pose done at the end of every yoga class – Corpse pose (Savasana) – is the practice of the ultimate surrender of dying and deep peace. This restorative pose comes from the archetype of Shiva, the very first yogi, who is the god of destruction and letting go.

Yoga is a mental, spiritual and physical discipline stretching back 6,000 years to ancient India, and is associated with meditative practices in Hinduism and Buddhism. “Yoga”, in Sanskrit, can be translated as “union”; the purpose of yoga is to create union, or balance, between mind, body and spirit. Ancient yogis developed these physical stretches and breathing exercises to strengthen and loosen their muscles and minds in preparation for hours of meditation.

In today’s busy world, being centered and balanced is more important than ever. “Harnessing energy, having a vital healthy body, having a healthy mind – yoga helps us cope better to challenges in life,” commented yoga instructor Nancy Goodfellow at Pranamar Oceanfront Villas & Yoga Retreat in Santa Teresa, Costa Rica. “Most of us doing yoga have families, have jobs, have busy lives, and yoga helps us hone our skills to better serve ourselves and others.”

Yoga retreats at Pranamar Oceanfront Villas on Santa Teresa Beach in Costa Rica will leave you feeling energized and rejuvenated, the way a vacation is supposed to do. You also have the added benefit of fun activities like surfing and stand-up paddling. 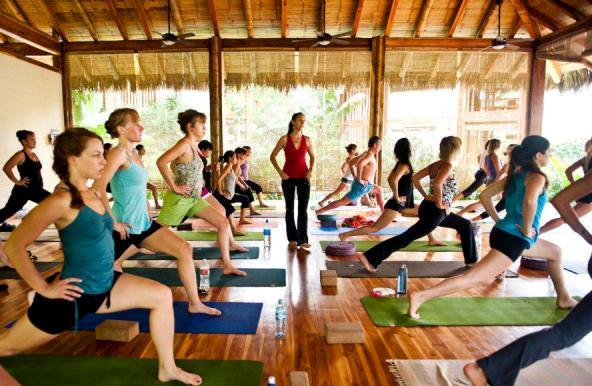 Pranamar Villas was named a Top 5 Yoga Retreat in Costa Rica by Travel & Leisure Magazine, and holds TripAdvisor’s Certificate of Excellence. Santa Teresa Beach, on the southern Nicoya Peninsula, is one of Central America’s top 10 beaches. 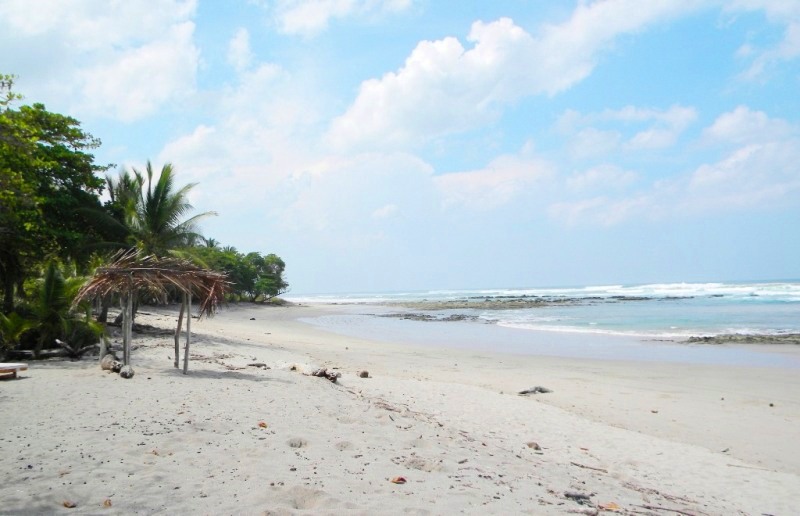 Daily yoga classes at Pranamar Villas with Goodfellow also are very popular in the hotel’s beautiful oceanfront Yoga Shala. Classes are open to hotel guests and the public.