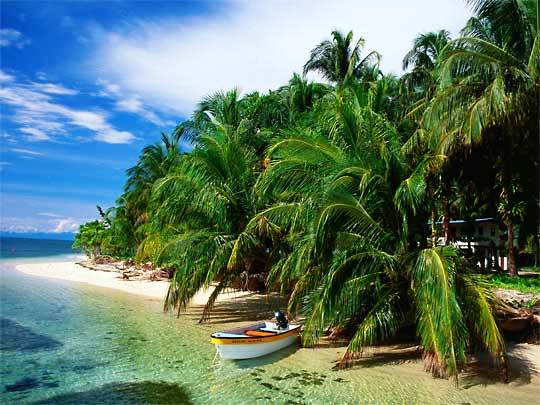 Traveling to the Central American isthmus of Nicaragua–Costa Rica-Panama presents travelers with a unique panorama of diversity. This narrow bridge between North and South America may be small in size but is packed with an exotic mix of steamy jungles, rugged volcanoes and mountain ranges, fabulous tropical coastlines, charming colonial towns and growing tourism destinations.

The region’s close proximity makes country-hopping on vacation easy. You could readily wake up in Costa Rica, enjoy an adventure of surfing or zip lining or horseback riding or hiking (or several of them!), then walk the shores of Lake Nicaragua in the afternoon and be sipping wine in the quaint courtyard of your hotel in colonial Granada by night. Or snorkel through clouds of vivid “Technicolor” fish in warm Caribbean seas off Panama’s Bocas del Toro islands in the morning, and be dancing in a disco at night in Costa Rica’s capital city of San Jose. You could jumpstart the next day with an early morning coffee plantation and volcano tour in Costa Rica’s Central Valley before jetting off to Panama City for shopping in the country’s famous Albrook Mall, with a promise of a Panama Canal tour the following day.

It’s all possible in Central America. This biodiversity-brimming triumvirate at the bottom of Central America offers an interesting blend of cultures and vacation opportunities, from historical tours to adrenaline-thumping adventure to sitting on a picture-postcard tropical beach under swaying palms.

Costa Rica is undoubtedly the most popular of the three. A million or so tourists come every year to Costa Rica. It has some of the best beaches, extraordinary wildlife, and stunning landscapes of rainforest, cloud forest, volcanoes and more. Panama and its capital Panama City also are becoming quite popular. Panama City has a vibrant urban vibe with a colonial twist, is safe with a friendly population, close to beautiful beaches and islands, and of course features the engineering marvel of the Panama Canal. Panama’s Caribbean archipelago of Bocas del Toro is celebrated for its stellar diving and chilled-out surf scene. The largest country in Central America, Nicaragua also claims the largest lake – Lake Nicaragua – and oldest colonial city – Granada – in the entire region. After nearly two decades of peace, Nicaragua tourism is growing. Its Pacific beaches are unspoiled and a haven for surfers, while local markets offer good quality arts and crafts. Nicaragua’s 17 volcanoes, picturesque lakes, little explored mountains, and rainforests full of wildlife are testament to the country’s biodiversity.

Choose the Nicaragua 5 days and 4 nights vacation package and get to know Nicaragua through its culture, people, gastronomy, art, architecture and nature. Departing from and returning to Liberia, Costa Rica, the program takes you to the beautiful colonial city of Granada along the shores of Lake Nicaragua; to the thriving indigenous Artisan Market in Masaya – the “City of Flowers”; on a voyage into Lake Nicaragua to the twin volcano Island of Ometepe with its rich archaeology and numerous nature reserves and forests; and to the charming beach town of San Juan del Sur renowned by surfers. Team CRT travel agency’s 4 days-3 nights Tour in Nicaragua Visiting Granada and Masaya follows the same itinerary, excluding Ometepe Island.

Modern and old combine the best of Panama on Team CRT’s Panama City vacation package for 3 days and 2 nights. Panama offers plenty of cultural diversity with seven native Indian populations, a pleasant mix of Latin mentality and American efficiency, old-world European influences, and the Panamanians command of English which makes traveling easy and fun. Team CRT flies you from the San Jose International Airport in Costa Rica to Panama City for your whirlwind trip to the Panama Canal, old quarter of Panama City (Casco Antiguo), and the biggest mall in Latin America – Albrook Mall – with its exotic decorations and Italian carousel. You’ll enjoy delicious Panamanian cuisine and a lively and fun folkloric show.