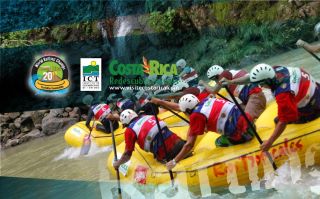 The World Rafting Championship 2011 is just around the corner. International teams have been arriving since last week and are already training at the renowned Pacuare River.

For third time Costa Rica will be hosting this important event, the first experience came in 1991 as the first World Rafting Championship, then again in 1998.  The International Rafting Federation (IRF), main body of the sport chose Pacuare River commemorating the first championship which took place there 20 years ago, also promoting sustainable practices and ecotourism, in a country well known for it.

Teams are coming from over 35 countries around the world; both male and female competitors will challenge each other in one of the top ten rivers to white water raft in the world. The competitions will be divided in four race categories: Sprint, Head-to-Head, Slalom and Downriver.

The big opening event will take place tomorrow at Turrialba and the official competitions will start on October 7 and will last until October 10, where the downriver race will take place defining the World´s champion of the year.

Costa Rica´s team expectations are very high, they have been preparing for the championship during the last two years and as hosts of the event, the teams are ready to represent the country and give the best of them.

Explornatura proudly supported this event from the very first stages of preparation and right now figures as one of the official sponsors of the activity.

If you enjoy extreme sports and adrenaline this is the perfect opportunity to be delighted by a world class event of this category. Check the map to get there and the official song of the event.