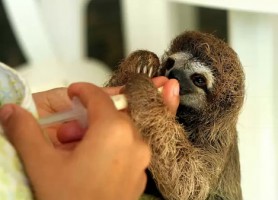 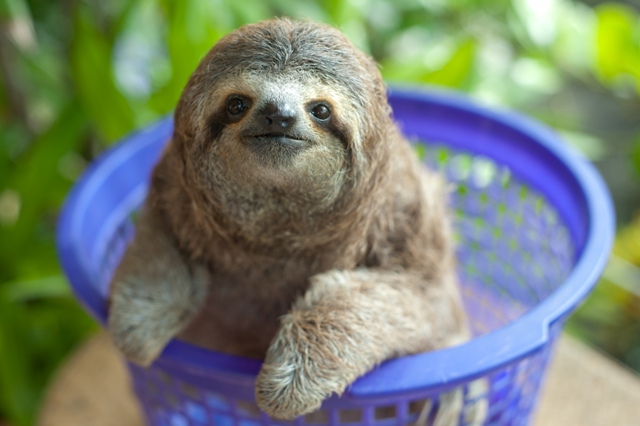 Baby animals are cute, there’s no denying it. And what could be cuter than baby sloths?

The cute and cuddly sloths of Costa Rica will once again feature in international television and online programming. The award-winning production Nature will air a two-part program called Nature’s Miracle Orphans on PBS on September 23 and 30, 2015 at 8:00 p.m. (ET). After each broadcast, the episode will be available for online streaming at pbs.org/nature. Nature is a production of THIRTEEN Productions LLC for WNET. Nature’s Miracle Orphans is a BBC Production. The series has been consistently among the most-watched primetime series on public television in the USA. 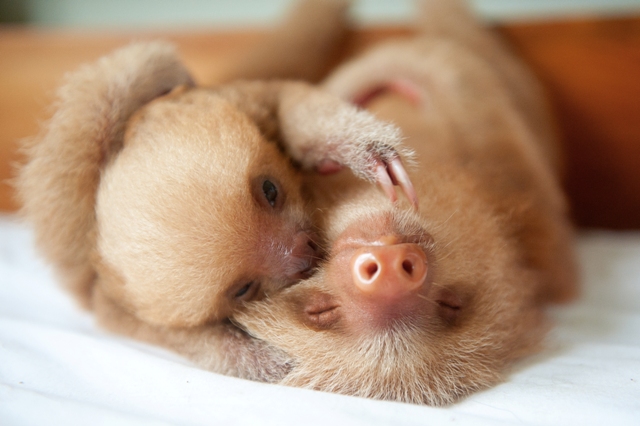 In the episodes, storylines follow “Newbie”, a baby three-toed female sloth that has been battling pneumonia since her rescue, a condition Trull thinks may have been triggered by the stress of losing her mother. “In the wild, Newbie would have spent nine months clinging to her mother for comfort and security, feeding on her milk and learning what to eat. The tasks of feeding Newbie and showing her what foods to eat now fall to Trull as surrogate mother,” show information explains. Another sloth in the limelight is “Pelota”, a two-toed female sloth that Trull is preparing to release back into the wild, and so must teach her to climb, swim, and spend nights outside alone. 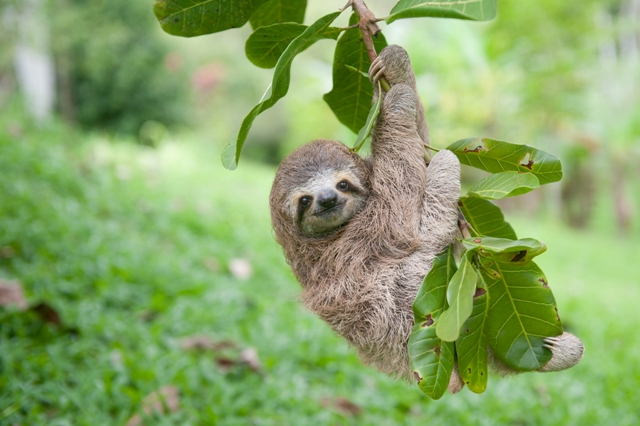 The PBS documentary Nature’s Miracle Orphans also follows the stories of koalas, wallabies, kangaroos and fruit bats in Australia as they cope with survival without parents, and learning the life skills needed to survive back in the wild from their rescuers.

Sloths in Costa Rica have become famous, and are one of the most sought-after animals to see by travelers visiting Costa Rica. Animal Planet featured rescued sloths at the Sloth Sanctuary of Costa Rica, on the southern Caribbean Coast, in several shows in 2014 – “Meet the Sloths” and “Sloth Week”. The Costa Rica Tourism Board also promotes sloths in its tourism campaigns to Costa Rica.

See sloths in the wild in Costa Rica 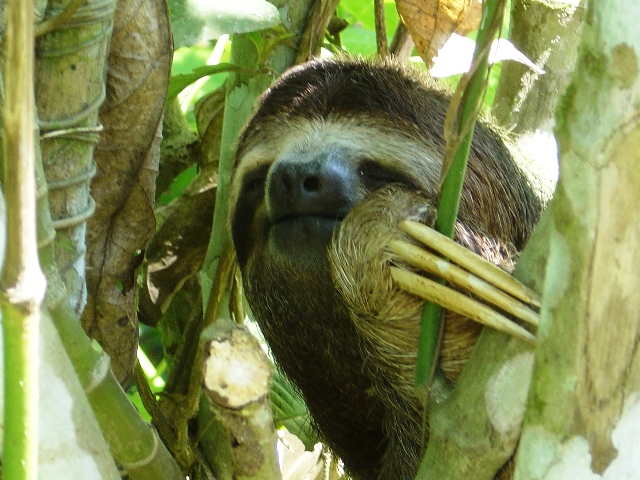 The private rainforest reserve and 1,335 acres of protected land at Portasol Rainforest & Ocean View Living eco-development, just south of Manuel Antonio, is a great place to see sloths in the Costa Rica jungle.

Portasol has Costa Rica vacation rentals and Costa Rica property for sale in a sustainable community. You can stay on the rainforest property for a vacation and enjoy Portasol’s trails and waterfalls, or take a wildlife day tour with Bushmaster Adventures. 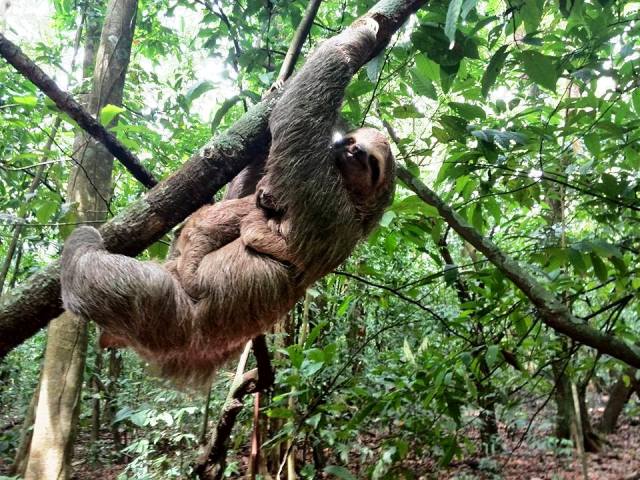 Portasol’s location is ideal – between Manuel Antonio National Park and the Ballena National Marine Park on Costa Rica’s Central Pacific Coast. The beautiful uncrowded beaches of Playa Linda and Playa Matapalo are a few miles away. Portasol Rainforest & Ocean View Living appears in the new 2015 Hollywood movie After Words, with Marcia Gay Harden and Oscar Jaenada that was filmed in Costa Rica.

Whale watching in Costa Rica NOW in September and October 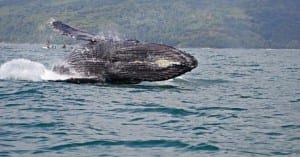