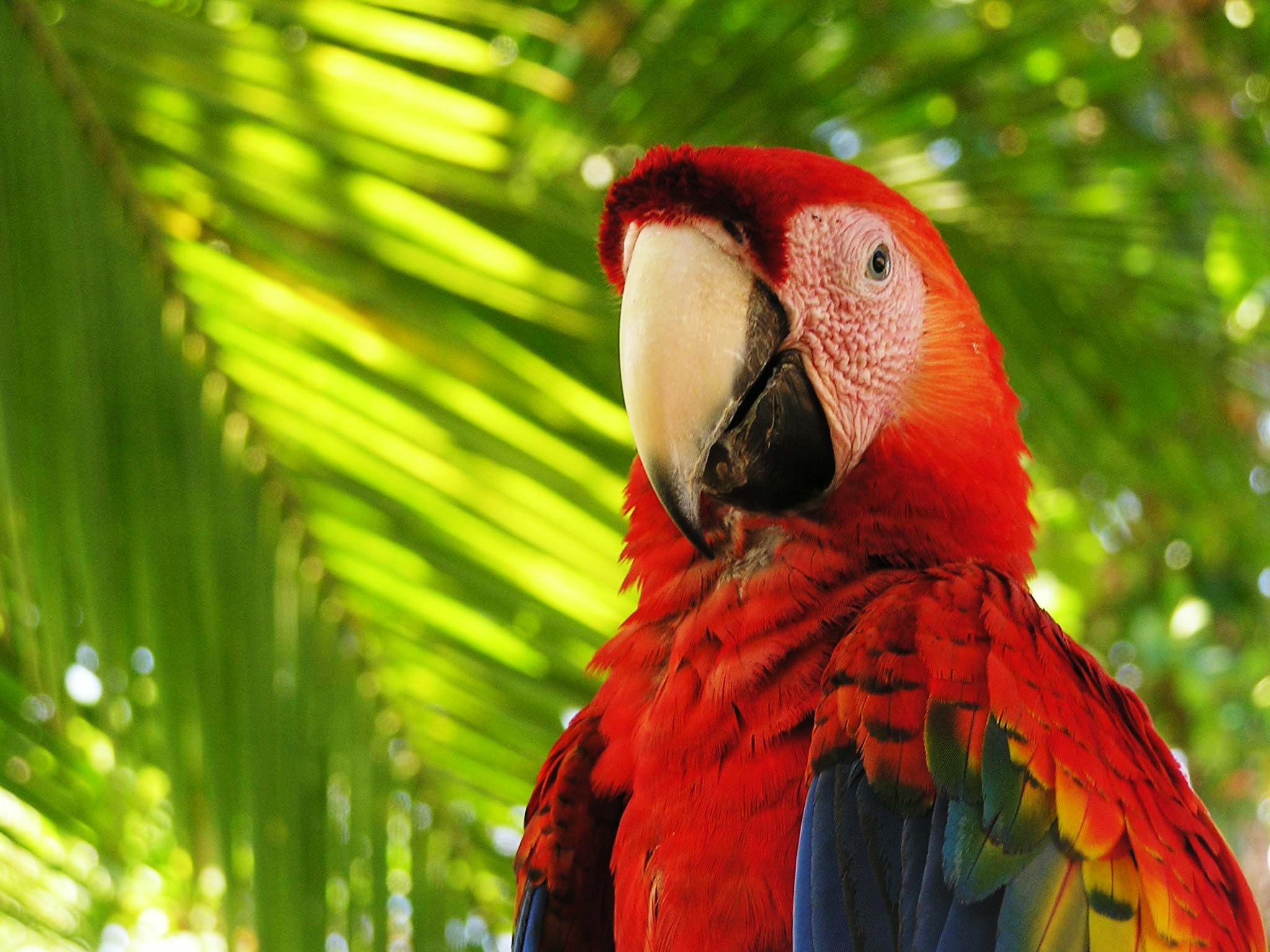 A flash of brilliant red, blue and yellow, and a loud raucous squawk, and you know you are in the jungle. There is nothing quite like the sight of wild Scarlet Macaws flying overhead or contentedly gathered in bunches in a treetop to give you the full feeling of being in the tropics. 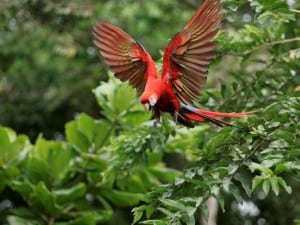 Their distinctive noisy cry carries for miles, so you usually hear them before you see them. When you do sight a Scarlet Macaw (Ara macao), they are a breathtaking rainbow of colors – fire engine red bodies with sunshine yellow and royal blue wing feathers tinged with a bit of green, and a distinct stark white patch around both eyes. Unfortunately, the birds’ striking colors makes them a favorite on the world illegal pet market, fetching prices of up to several thousands of dollars. Between poaching and loss of habitat from deforestation, Scarlet Macaws are now an endangered species.

Scarlet Macaws can live to be over 60 years old and mate for life; they are native to tropical forests from Mexico to South America. In Costa Rica, an estimated 1,500 Scarlet Macaws live in dry, moist, and wet tropical lowland forests along the Pacific Coast. You can see them along the Central Pacific Coast from the Carara National Park to Manuel Antonio, and throughout the Osa Peninsula and Golfo Dulce region in the South Pacific. 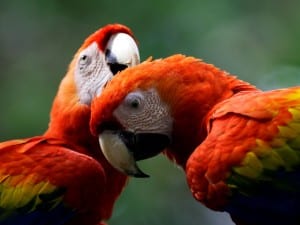 At Playa Nicuesa Rainforest Lodge on the Golfo Dulce, Scarlet Macaws like to hang out in the almond trees by the beach, munching on the tasty almond fruit. Nicuesa Lodge is actively involved in wildlife conservation and preserves 165 acres of rainforest in a private reserve bordering the Piedras Blancas National Park. The area is a biological corridor connecting to the Osa Peninsula and Corcovado National Park to the west and Panama to the south.

The award-winning eco-lodge is a great place for travelers interested in ecotourism, nature and adventure. They offer guided birding walks and hiking in the rainforest, among other adventure tours.