Sixteen international teams will gather in this spectacular Central American country to compete for title of world champions. The prestigious tournament will be played in Costa Rica from March 15 to April 4 in four stadiums in San Jose, Alajuela, Tibas and Liberia. 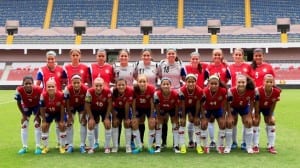 Costa Rica will kick off the event on March 15 playing Venezuela in the opening game at the National Stadium in San Jose at 8:00 p.m.

The Draw for the FIFA tournament is: 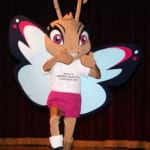 The colorful winged official mascot of the FIFA U-17 Women’s World Cup 2014 is “Juna” the Blue Morpho butterfly. “Juna” means “to fly” in the indigenous Cabecar language. The official slogan for Costa Rica 2014 is: “Costa Rica abre sus alas al mundo,” which means “Costa Rica opens its wings to the world” – representing the country’s hospitality to those participating in the competition. 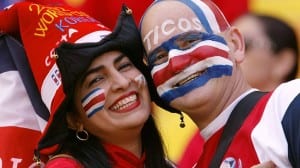 To have such a top-level event in Costa Rica is significant for inspiring more female football players and leaders in the country, remarked Costa Rica President Laura Chinchilla, at the draw of the 2014 FIFA Under-17 Women’s World Cup in December: “Women, in football as well as in different aspects of modern life … we are no longer mere spectators. We are protagonists, or else we are fighting for the right to be. For this reason I celebrate these competitions in a country where we, as women, have torn down many walls.”