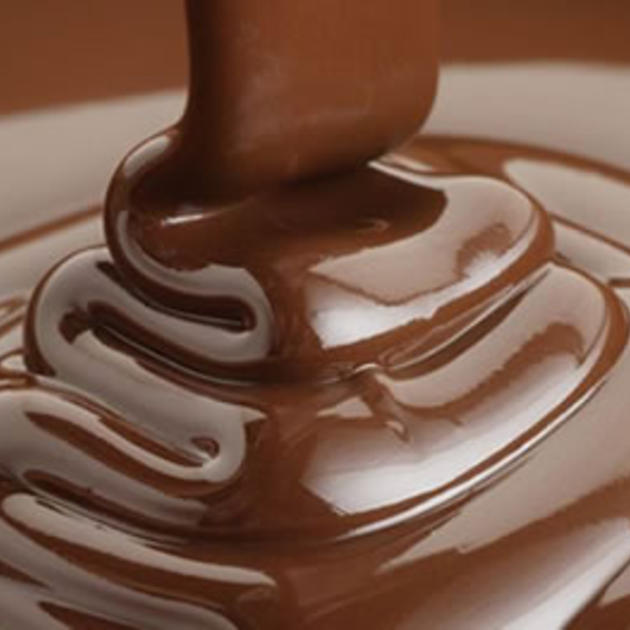 As the story goes, chocolate was once considered gold. Prized by the Aztecs and Mayans, and formerly reserved only for royalty in Europe, chocolate has held an irresistible allure for cultures worldwide over the past 4,000 years. In some areas, chocolate beans were even used as currency.

Chocolate comes from the seeds of the cacao fruit tree, which originated in the Americas, and grows exclusively in the tropics. The cacao tree’s Latin name, Theobroma Cacao, means “food of the gods.” Both the Mayans and Aztecs believed that cacao beans had magical, or even divine, properties and used them in sacred rituals, as a medicinal cure, and for holiday celebrations.

Etymologists trace the origin of the word “chocolate” to the Aztec word “xocoatl,” which referred to a bitter drink they favored brewed from fermented, roasted and ground cacao beans. Sweetened chocolate didn’t exist until Spanish explorers arrived in the Americas and tried the prized libation. Mixed with honey or cane sugar, hot chocolate quickly became popular throughout Spain. By the 17th century, chocolate was a fashionable drink across Europe among royalty and the wealthy.

Although cacao is originally from the Neotropical zone in the Americas, today, cacao is hand-grown on small farms in three main regions: West Africa, South and Central America, Southeast Asia and Oceania.

Cacao has a long history in Costa Rica. The beans were originally used as currency by indigenous tribes in Pre-Columbian times, and continued to be a form of currency up until the 1930s. Growing and harvesting cacao was one of the country’s major industries before the introduction of coffee in the late 1700s outpaced it. Cacao remained an important export in Costa Rica until a fungus blight swept through the plantations in 1979, drastically reducing cacao production by 95%.

Nowadays, Costa Rica is experiencing a resurgence of cacao production. Small plantations have sprouted up mostly along the Caribbean Coast, and also on the Osa Peninsula. The Center for Tropical Agriculture and Higher Education (CATIE), based in the town of Turrialba in the Central Highlands, houses one of the world’s most important genetic banks for cacao, including rare and wild species. Costa Rica’s gourmet chocolatiers, Sibú Chocolate, get their 100% organic Costa Rican cacao beans from trees specially developed by CATIE.

Founded in 2007, Sibú Chocolate is the creation of Costa Rican historian and naturalist Julio Fernandez, and former Miami journalist George Soriano. The cottage business makes gourmet chocolate truffles and bars by hand, and sells them in specialty stores around the greater San Jose metropolitan area. Their business name comes from the Central and South American indigenous god Sibú, who is said to have created the world by spreading seeds of life; the cacao tree was among his most sacred gifts. Sibú Chocolate offers chocolate tasting tours at their small workshop and café located just between downtown San José and Braulio Carrillo National Park (506-2268-1335).

There are several other chocolate tours in Costa Rica for those interested in learning all about the delectable treat.

Cacao was once plentiful in Costa Rica’s southernmost region of the Golfo Dulce and Osa Peninsula. The award-winning eco-lodge Playa Nicuesa Rainforest Lodge is built on a former cacao farm that has returned to the jungle. On the lodge’s popular Edible Garden Tour, they turn raw cacao beans into chocolate cake.

Playa Nicuesa Rainforest Lodge is a 165-acre private preserve located within the Golfo Dulce region, a pristine tropical fjord that lines the lush rainforest of the 14,000-hectare Piedras Blancas National Park. Across from the Osa Peninsula, which is noted to be one of the most biologically diverse places on the planet, the area contains Central America’s largest remaining Pacific Coast rainforest.

Playa Nicuesa Rainforest Lodge is a unique adventure travel destination for its remote, pristine wilderness location. What adds to Playa Nicuesa’s unforgettable mystique is that the

lodge is accessible only by boat. Once you arrive at the rustic yet luxurious jungle lodge, you will easily lose yourself in the tropical paradise that surrounds you.

Playa Nicuesa is a TripAdvisor Certificate of Excellence winner, and holds the highest certification for sustainable tourism in Costa Rica.