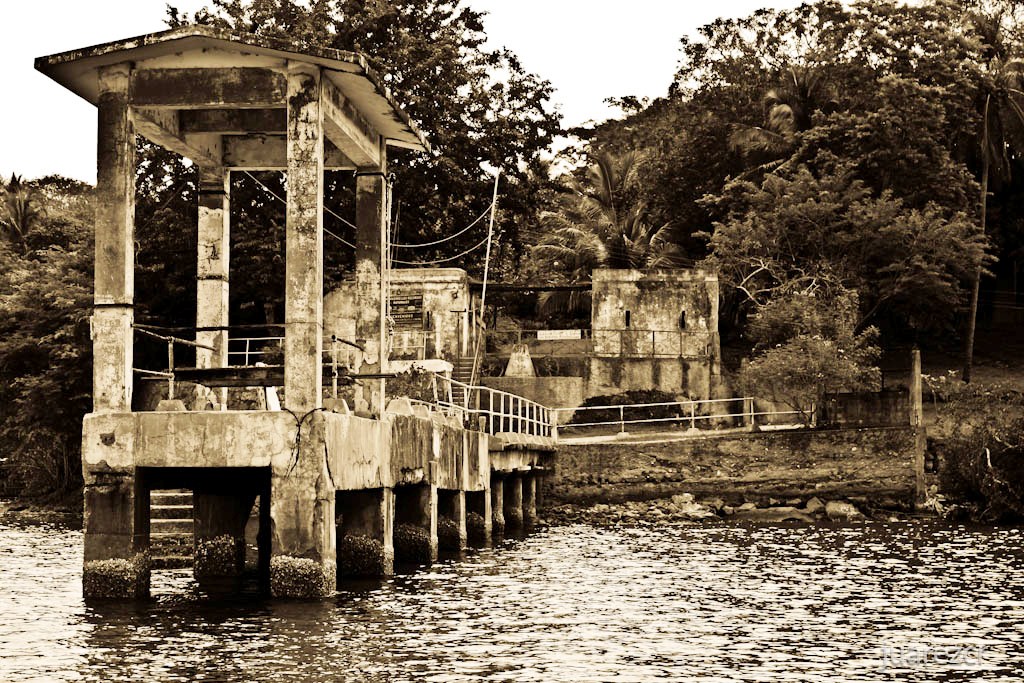 If it was 25 years ago, you wouldn’t want to go to San Lucas Island. The small, forested island in the middle of Costa Rica’s Nicoya Gulf was the roughest jail in the country. Being sent to San Lucas Island was a terrible prospect; prisoners’ lives were short and often spent in torture.

Thankfully, today, the prisoners are gone and San Lucas Island has been transformed into a national wildlife refuge to protect the island’s ecosystem, its wildlife, the historic buildings of the penal colony, and indigenous archaeological sites.

Akin to San Francisco’s Alcatraz Island, San Lucas Island was a place where dangerous criminals could be locked up out of sight, and out of mind. The island was first set up as a penitentiary during the presidency of Thomas Guardia in 1873 – the same president who later abolished the death penalty in Costa Rica (in 1882). A network of underground prison cells held society’s undesirables, who ran the community, fished, farmed and did domestic chores for 117 years. The prison closed in 1991.

The story of the penal colony is perhaps best immortalized in the book “The Island of Lonely Men” (La Isla de Hombres Solos) by Costa Rican author José León Sánchez. Sánchez served 30 years at San Lucas Prison for a robbery he claims he did not commit. The famous book recounts his stories of prison life; it has been translated into 25 languages and a movie was made. When he entered prison, Sánchez was only 19 and illiterate; he learned to read and write in prison. In the end, Costa Rica’s Supreme Court absolved Sanchez of the crime in 1998.

Guided tours of San Lucas Island can be arranged by Hotel Vista Las Islas, at Playa Organos near the ferry port of Paquera on the Nicoya Peninsula. The boat ride out to the island is 25 minutes each way from Paquera

The 1,156-acre island was declared a national wildlife refuge in February 2001 by the Costa Rican government. It is one of only two islands in the Pacific Gulf of Nicoya blessed with natural fresh water, which has given life to the biological diversity you can see today. The island is home to a wide variety of wildlife, such as howler monkeys, snakes, deer, pheasants, and at least 8 species of bats that live in or near the old prison buildings. Marine life around the island includes sharks, dolphins, rays, sea turtles and tropical fish.

Indigenous peoples once lived on San Lucas and the surrounding islands. There are eight known archaeological sites, including apparent houses where stone tools and a metal object were found in the late 1970s, reports Wikipedia. The excavation sites date to between 1,000 and 1,500 AD.

The former buildings of the prison are considered cultural heritage sites. You can still see the historic landing dock that remains in use, remnants of the holding cells near the dock, the church, an infirmary, the large three-story administrative office, a large concrete disc used to hold a water tank, and prisoners’ barracks and cells. The prison cells contain assorted graffiti, such as religious phrases, pornographic images, signatures, and other drawings. There is also a cemetery on the island.

Where to stay on the Nicoya Gulf

A beautiful, relaxing and romantic getaway on the southern Nicoya Peninsula, facing the inner side of the Nicoya Gulf, is Vista Las Islas Hotel & Spa. The charming, boutique luxury hotel sits up on a promontory above Organos Beach, near the ferry port of Paquera. The hotel offers 18 rooms with private balcony terraces and ocean views of the Nicoya Gulf and famed Tortuga Island. It is conveniently located just a 10-minute drive from the Paquera ferry terminal.

Getting to the region is easy; ferries travel several times daily from the Central Pacific port town of Puntarenas to the Nicoya Peninsula village of Paquera. Additionally, the small airstrip at Playa Tambor receives several national flights daily on both Sansa Airlines and Nature Air (only 20 minutes from San Jose); the airstrip is 15 minutes from Vista Las Islas Hotel.