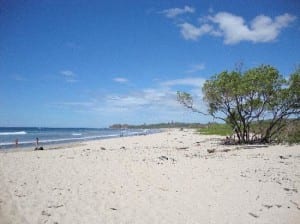 Like many beaches in Guanacaste, Costa Rica, Playa Guiones doesn’t have much shade. The coastline is lined with long grasses, shrubbery, very-low-to-the-ground stubby trees and some tall palm trees here and there.

A nonprofit NGO in Costa Rica is working to change that. The Green Coasts Conservation Association (La Asociación Conservacionista Costas Verdes) is dedicated to conserving and restoring coastal ecosystems in Costa Rica by strategically reforesting beaches with native species of trees. Since its founding in 2008, the organization so far has projects on Hermosa Beach by Jacó on the Central Pacific Coast, the restoration project at Playa Guiones by Nosara in Guanacaste, and a large nursery for native species starter trees. 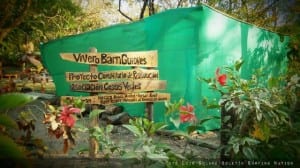 Reforesting the beaches not only brings much-needed shade from the blazing tropical sun, it also helps control erosion and re-introduces food sources for local wildlife.

Playa Guiones at Nosara is one of the most beautiful beaches on the Guanacaste Pacific Coast. Renowned for some of the best surfing in Costa Rica and a competition location for the national surfing circuit, the uncrowded white sand beach was recommended as one of the best places to go in 2014 by CNN and National Geographic.

The coastal reforestation project at Playa Guiones – called BarriGuiones – began in 2011. Many native trees have already been planted with the goal to reforest approximately seven kilometers along the beachfront. The region had been deforested for cattle and other livestock in the 1960s, along with much of the rest of the Guanacaste Coast. 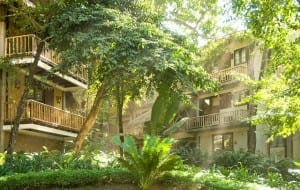 The small staff of Green Coasts Conservation Association attains its success by actively involving the local communities, schools and businesses for economic support, education and volunteers. Nosara hotel L’acqua Viva Resort & Spa at Playa Guiones is a Gold sponsor of the organization. In addition to the extensive sustainability practices at the Costa Rica luxury hotel, they inform hotel guests about the activities of the association and promote involvement. 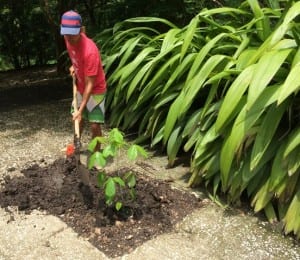 A symbol of L’acqua Viva Resort’s partnership with Green Coasts Conservation Association is a fledgling Kapok tree (Ceibo Barrigón) planted close to the parking area of the hotel. The Kapok joins an extensive list of trees that are already planted in the hotel’s large gardens, and which were preserved during the hotel’s construction as part of the company’s commitment to conservation.