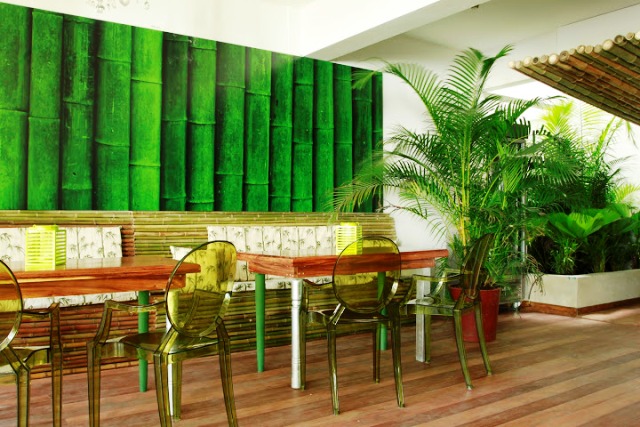 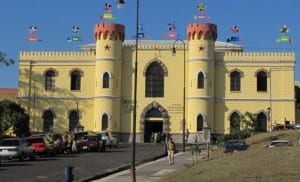 Each neighborhood in San Jose, Costa Rica has its own personality and character. The culturally-rich neighborhood of Barrio Amon in the capital city’s downtown center is urban, eclectic and funky. There are lots of art galleries, restaurants, cafés, bars, museums and cultural attractions. The Caribbean bus station is close. So is the Costa Rica Center of Science and Culture with the Costa Rica Children’s Museum and National Gallery.

In this busy, urban setting, there is a San Jose hotel that chose to be an oasis of green amid the concrete. Inspired by butterfly gardens and the rainforest, Cocoon Hotel in San Jose, Costa Rica fits right in with the eclectic feel of Barrio Amon. 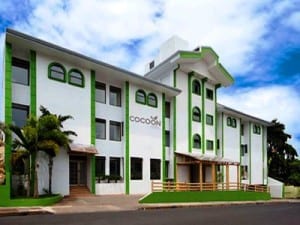 Cocoon Hotel is celebrating its second anniversary during this month of September, with 35% discounts on all room rates. Low season discounts also are being offered now through December 2014.

You can celebrate with Cocoon Hotel at an anniversary dinner on Friday, Sept. 26, in the fourth floor restaurant of the hotel. Dinner of typical Costa Rican dishes will be accompanied by special drinks prepared by the Cocoon Hotel chef. The intimate event also will feature popular music. The dinner begins at 6:00 p.m. and is open to the public. 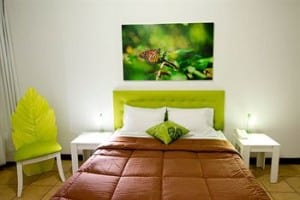 single, double and triple occupancy rooms offer flat-screen TV with cable channels, daily room service, safety deposit box, free Wi-Fi and local calls, soundproof windows, and a private bathroom with free toiletries. Rooms may have a fan or air-conditioning; be sure to ask for your preference when making reservations.

They have secure guarded parking and offer other amenities such as a business center, tour desk, currency exchange, hotel bar, and a deli restaurant serving lunch and snacks. Buffet breakfast is included in all room stays. An airport shuttle service is available for an extra fee.

There are always things to do in San José Costa Rica. Don’t miss the XX International Guitar Festival happens in San Jose from Sept. 24 to 28, with performances by fabulous national and international artists at the National Theatre and other downtown San Jose theatres.