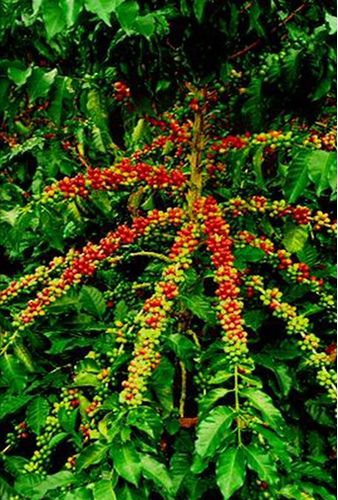 If there is one thing the Costa Ricans like, it is food! It is no wonder that at Christmas time, some of the most important traditions come alive to be enjoyed around the tables of families and friends. While food and dining are important throughout the year, the end-of-year festivities are especially delicious with 5 Costa Rican Christmas Food traditions that bring joy and merriness.

Christmas in Costa Rica is a very important time of the year with special emphasis on its religious significance. Costa Rica is traditionally a Catholic country and religious tradition is deeply ingrained in many families and a big part of Christmas celebrations. To this day, a midnight mass on the 24th of December, fondly called the Rooster Mass is celebrated and is the reason that many Costa Ricans have their Christmas dinner late into the evening rather than lunch on the 25th of December as occurs in many places around the world.

Without a doubt, tamales are THE Costa Rican Christmas dish and an integral part of this celebration. Nowadays, tamales are found all year round, but they continue to be traditionally made in December to celebrate Christmas.

Making tamales in Costa Rica is also a family and friends affair. Thanks to its ingredients and structure, it requires a number of eager hands to make. So, groups of family members and friends pitch in, and the creation of these pockets of ground corn, meat, green peas, string beans, carrots, sweet peppers, chickpeas, olives, sultanas, or prunes are wrapped in banana leaves becomes industrial-like

These little packages are then tied up with string two in two and dipped into a boiling pot of water on the stove or oven on an open fire for hours until these Costa Rican traditional food is ready to be opened. Each 2 tamale packet is called a “piña”.  It is a complex and laborious process and for many families, it is a day nearly as important as Christmas Day itself as it is filled with conversation, laughter, and an incredible sense of collective satisfaction once those piñas are boiling away to perfection.

The tamal then becomes a constant companion at breakfast, lunch, coffee-time, and in the evenings for families and when visitors appear on the doorstep.  This dish, while very high in calories, remains the most Costa Rican.

Costa Rica´s version of the traditional eggnog is called Rompope, and it is delicious! The history books write that this traditional drink comes from the kitchens of the Puebla, Mexico convents.  I don´t know if the nuns used rum in their making of Rompope but it certainly is a key ingredient in the Costa Rican Rompope.

Rompope, Costa Rican style is slightly lighter and has fewer spices than other countries’ recipes. Cinnamon and vanilla are the key spices and of course, the rum or the Costa Rican sugar cane liquor called guaro.

As Costa Rican gastronomy has become more sophisticated, as has its Rompope. It is not unusual to find this delicious drink with nutmeg, coconut, orange, and other spices and ingredients that make it even more exotic.  A must at Christmas time in Costa Rica.

According to one of Costa Rica´s most recognized chefs and historians, the spices used in the Costa Rican Christmas cake represent the three wise men which are just one of the ways, Costa Rica has added its own touch and identity to this traditional Christmas dish.

For many years, grapes and apples were only seen around Christmas time in Costa Rica. They were given as gifts in schools, offices, and families and we eagerly enjoyed by all that received them.

Nowadays, you can find big, juicy apples and grapes all year round thanks to new farming techniques that allow fruits and vegetables to be grown all year rather than during certain seasons. Nevertheless, apples and grapes at Christmastime in Costa Rica remain in its collective memory and continue to be part of the Christmas tradition.

It is still common to eat 12 grapes on News Year´s Eve too in Costa Rica. The 12 Grapes of Luck tradition was adopted from the Spanish that brought it with them during the conquest. It is said that eating the 12 grapes just before ringing in the new year will bring good luck and prosperity. Happy 2022 to you!

Pork is a very popular meat in Costa Rica all the year, so it is not unusual that it plays a big role at Christmas time. Each family will serve the pork using their treasured recipe passed down through the generations.

The leg of pork will be accompanied by a variety of side dishes. These delicious plates will usually include rice, mashed potatoes, greens, and salad. This feast is also common on New Year’s Eve so you may be lucky to have it twice in one week if you are keen pork or meat eater.

Thanks to Costa Rica´s geographical location in the world, it has picked up traditions that have arrived from the north and south of the world and converted them to Costa Rican with subtle yet important changes. Enchanting Hotels of Costa Rica wishes you a very happy holiday and 2022 full of opportunities, blessings, and new adventures. Costa Rica is festive during the whole year but the holiday season is especially a delicious one!