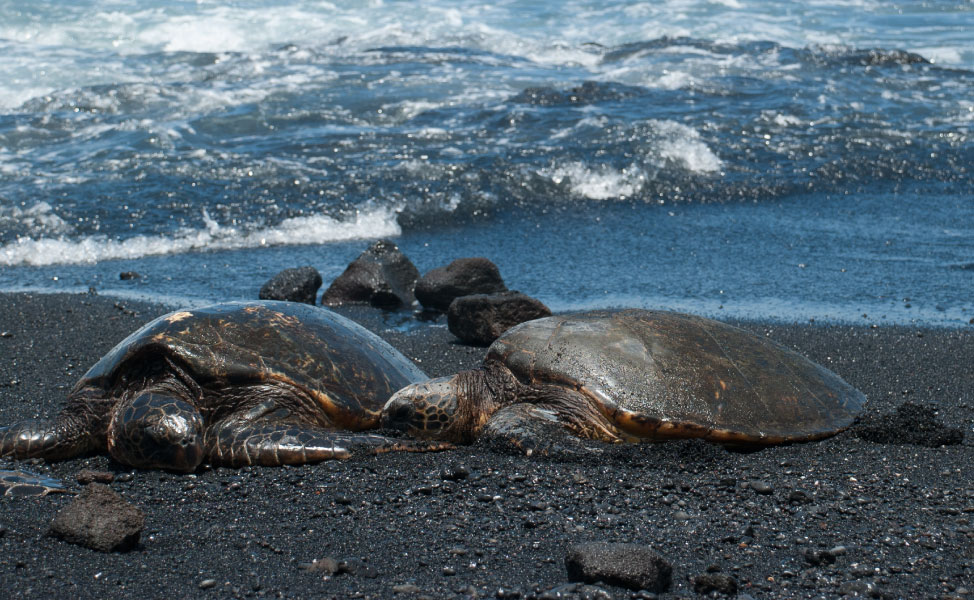 The long stretch of beach line is the nesting place for four species of sea turtles.  Tortuguero is a treasured place for visitors and sea turtles.  Immerse yourself into the natural spectacle of observing these prehistoric animals in their quest to reproduce and their connection to Tortuguero.

Tortuguero is located on the far, northern Caribbean coast of beautiful Costa Rica and it is truly unique for many reasons.  Maybe the most obvious is that water canals replace roads and boats replace cars.  These canals wind through the dense, tropical rainforest that eventually meets the wild, open waters of the Caribbean Sea.  Just the journey along these wildlife-rich canals is an adventure.

The long stretch of beach line that runs parallel to part of the water canal is the nesting place for the Green, Leatherback, Loggerhead and Hawksbill Turtles. This in itself is a natural wonder and you can experience it here in Tortuguero, Costa Rica.

Tortuguero and its best eco-luxury hotel

Also along the water canals, you will find the small town of Tortuguero and the preferred eco-luxury hotel, Manatus Costa Rica,  a member of the exclusive Enchanting Hotels collection of luxury, boutique hotels in Costa Rica. This is where you will receive VIP services during your stay.

After a day of exploring the jungle or doing some kayaking through the hidden inlets and spotting the diversity of wildlife including sloths, jaguars, monkeys, and birdlife galore, to come back to A/C and an amazing Caribbean fusion meal, the perfect day is sealed.

Tortuguero’s temporary resident’s nesting season varies according to the species but the experience can be difficult to describe. Emotional, transcendental, profound from the moment these beautiful creatures emerge from the ocean and move slowly but surely up onto the sand and find a nesting spot.

With determination and precision

Then the digging begins with determination and precision, these gentle sea reptiles enter into a trance-like state until they lay their eggs and proceed to bury them as a natural form of incubation.  Then, they begin their slow march back to the ocean. They may repeat this process a few more times during the season or come back again next year.

The Tortuguero National Park is one of Costa Rica`s protected areas which make up 25% of the country so our gentle sea turtles and their nesting and hatching cycles are within this sheltered section of the country.

When we study the history books about the local traditions, the turtle was part of the local’s staple diet and made up many of their dishes bringing them to near extinction.  Thanks to the active protection and increased awareness of these magnificent animals, tours to see not only the nesting but also the hatching of future generations are regulated and the turtle’s wellbeing is enforced.

When do they visit

The Green Sea turtles nesting season extends from July through to September or October in Tortuguero and if you are lucky, you can also witness the hatchlings and their quest to reach the sea which may be only a few meters in distance but is full of obstacles.

Between the months of March and June, you can observe the largest sea turtle in the world called the Leatherback Turtle nesting on the beaches of Tortuguero. These magnificent animals travel from the Arctic to the warm waters of the Caribbean to breed and nest.  Just imagine a 63-inch, 1500-pound turtle slowing moving up the beach looking for a place to nest. This is magical.

As the sea turtles nest in the national park, and Manatus Costa Rica offers a guided tour to see this spectacle in the company of local scientists.  This is a night tour as the sea turtles and they return to mate and nest at the same beach they were born.  This is one of the mysteries of these wonderful animals yet to be understood.

What we can understand is that this yearly ritual is profound and extremely hard work for the sea turtles.  Your Manatus Costa Rica guide will fill you in on all the details of this nesting ceremony where they lay up to 110 eggs in each nest.  Their wellbeing during this nesting period is vital to the species survival.

And just as nesting requires so much energy for the mothers, the babies after 60 days of incubation in the warm sand, have a tough job to hatch, work their way to the surface and then race to the open sea. These little beauties are adorable and this process could well bring you to tears as it is soul touching to see and feel their fragility in their fight for survival.

Manatus Costa Rica offers this exciting tour during the nesting and hatching months of the year and you will not be disappointed by this heart-stopping experience.  The other months of the year, you will have the opportunity to see lots of other fantastic close to nature tours in the wildlife-filled Amazonian like corner of Costa Rica.

In Costa Rica, the turtle nesting ritual is called the “Arribadas” or the “Arrivals”, which in its collective sense defines the number of sea turtles that arrive nightly to the beach zone of Tortuguero.   On a single night during the “Arribadas”, the image of dozens of sea turtles arriving simultaneously every night and dotting the full moonlit beach is mesmerizing, to say the least.

Manatus Costa Rica is waiting on your call or booking for the upcoming turtle “arrivals”.  It will be unforgettable!