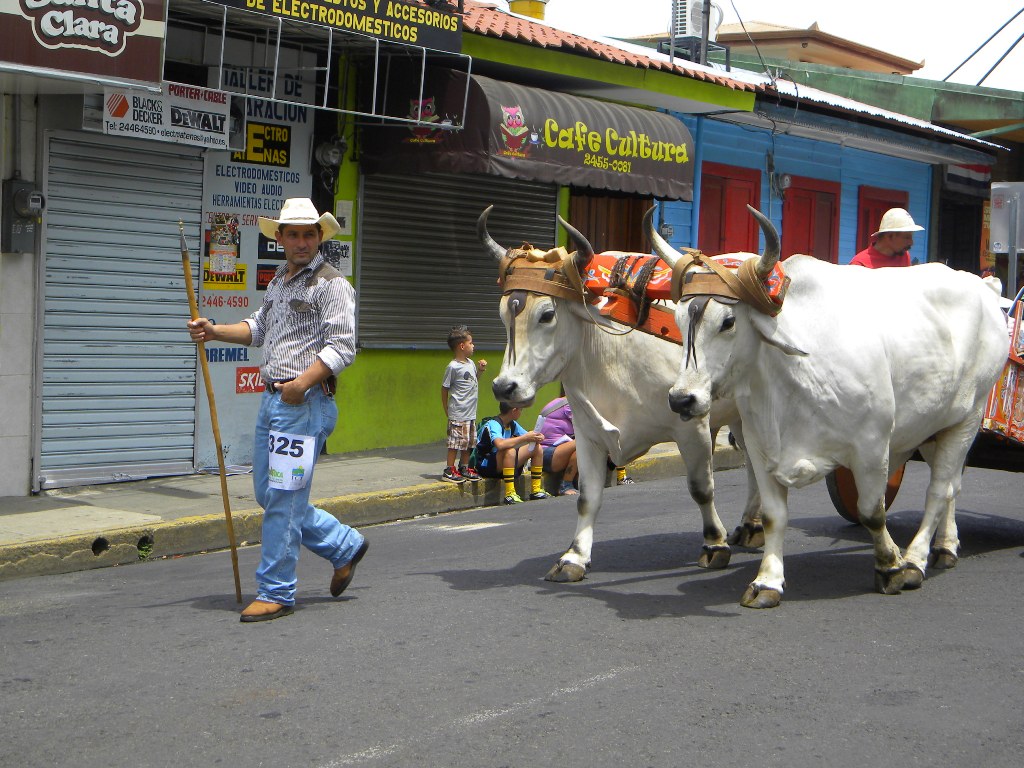 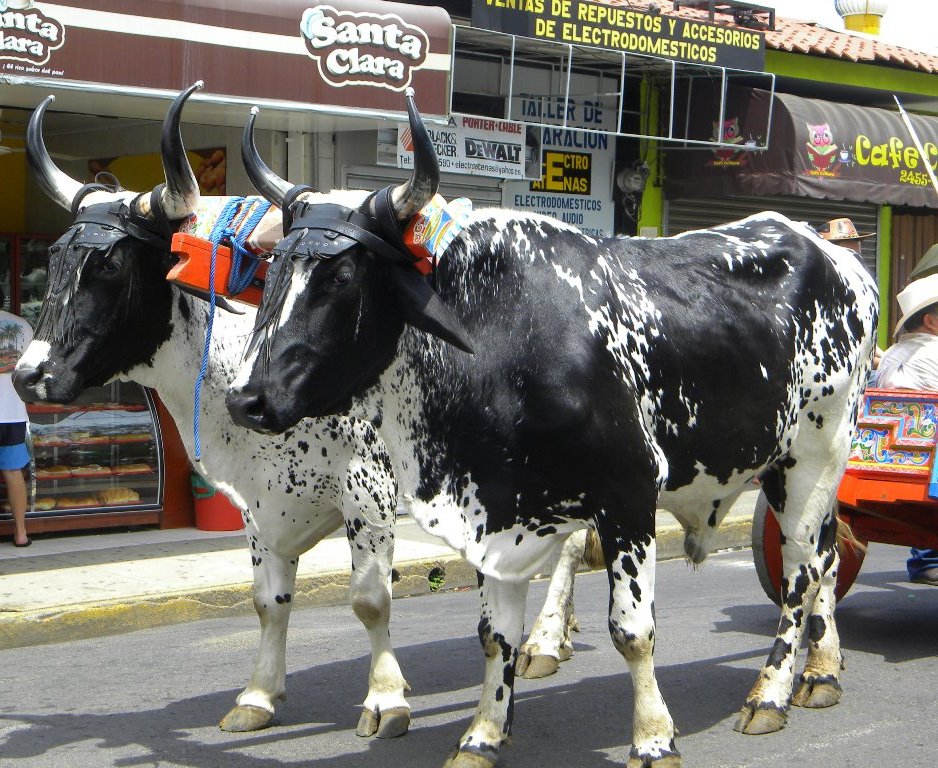 The way Omar Arce sees it, the Costa Rica tradition of the oxcart driver and his oxen is an important cultural heritage that must be kept alive. Nowadays in his country town of Atenas, Costa Rica most roads are paved and cars zoom everywhere. But when Arce, 73, was a boy, the only way to bring the vegetables his father sold from their family farm to the town center was by walking with their team of oxen pulling a wooden cart loaded with produce. The 7 km journey – now a 15-minute drive – would take four hours each way, Arce recalled.

The important Costa Rica tradition of the oxcart driver will be celebrated Sunday, April 26, in the Atenas, Costa Rica Oxcart Parade 2015. The event culminates a month of cultural events in the charming Costa Rica coffee town. 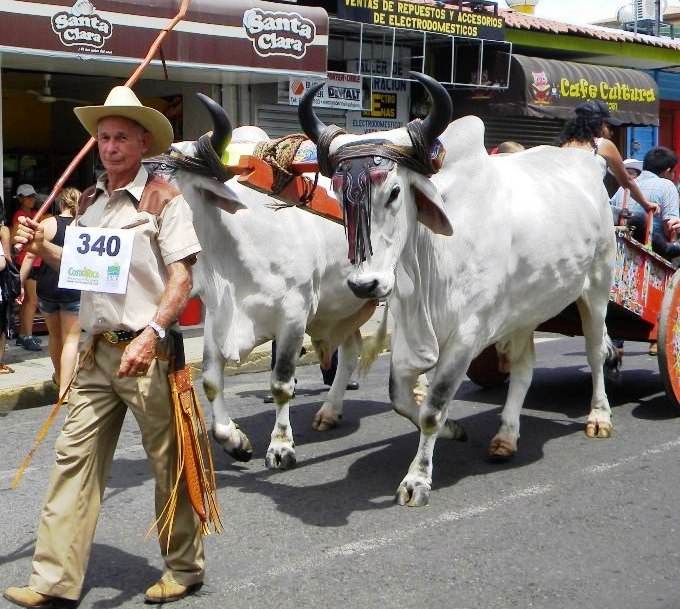 There is perhaps nothing as emblematic of Costa Rica culture as the oxcart driver, his team of matched oxen and colorfully-painted wooden oxcart and oxen yoke. In 2005, UNESCO (United Nations Educational, Scientific and Cultural Organization) proclaimed Costa Rica’s traditional oxcarts to be an Intangible World Cultural Heritage.

Atenas has a long history with oxcarts. Located on the traditional main oxcart road from the capital city of San Jose to the Pacific Coast, the town of Atenas was the central meeting point for traders coming from both points to sell their goods. Atenas’ oxcart history is immortalized in the famous Oxcart Monument in town by sculptor Manuel “Manolo” Torrecillas Lopez. 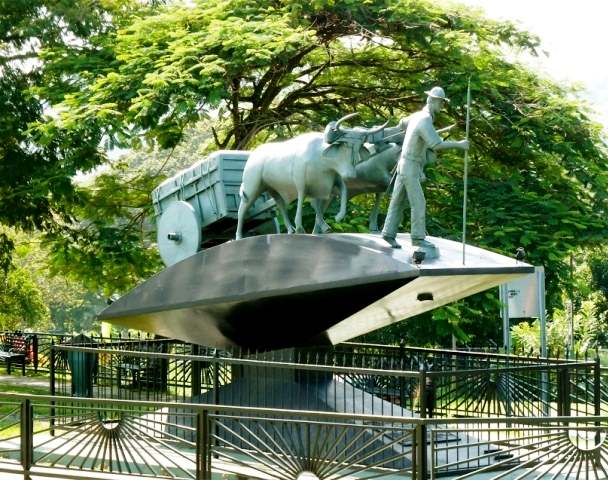 The Atenas Oxcart Parade will begin at 10:00 a.m. traveling through town around the Central Park. Organized by the Atenas Oxcart Drivers’ Association (Asociacion Cuna del Boyero Ateniense), of which Arce is President, more than 300 oxcart drivers with their teams of oxen and carts are expected from all over the country to participate. 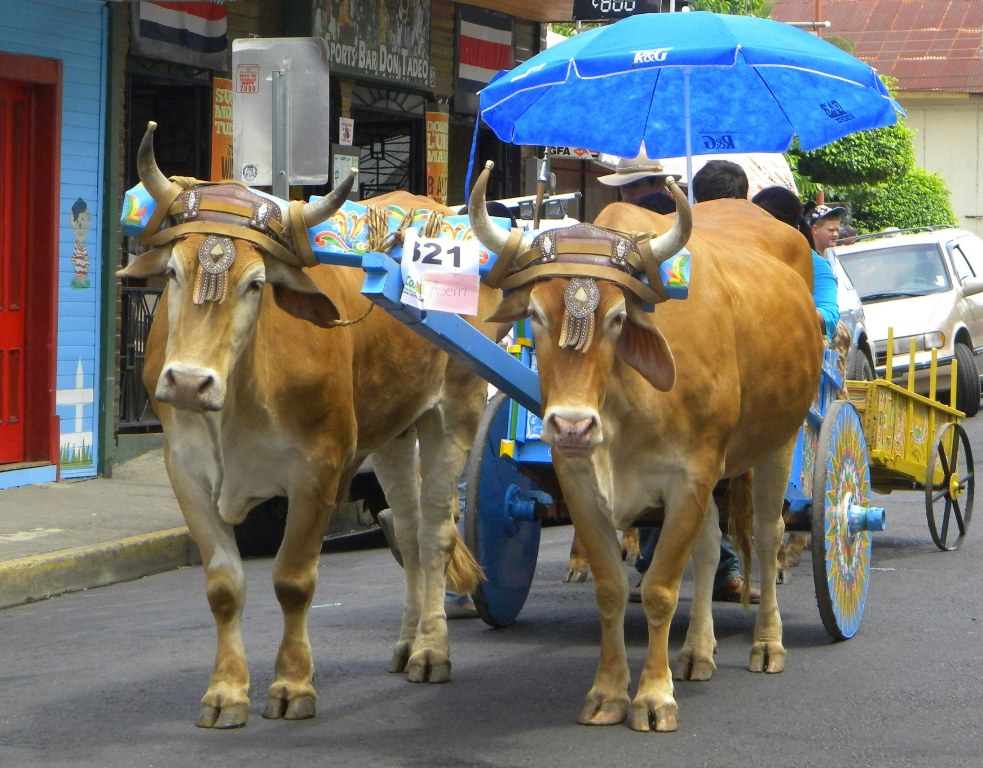 The big event culminates the annual Atenas Climate Fair (Feria del Clima), April 24 to 26. Put on by the Chamber of Tourism and Commerce of Atenas (CATUCA), the fiestas in the town Central Park will feature the exhibition and sale of products with emphasis on environmental conservation, recycling, natural and organic, etc. There will be live music, dance performances by community groups, and traditional food and drink. It is a great event for families. For more information, contact CATUCA at 2446-1047. 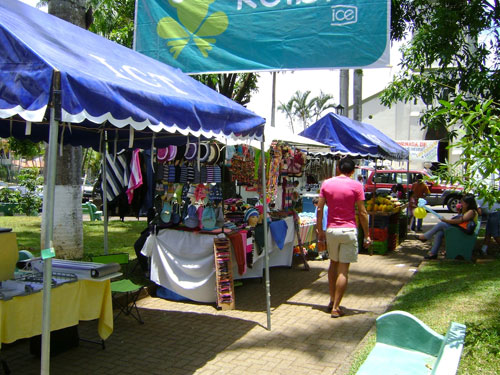 April is a big month for culture in Atenas, Costa Rica. Earlier in the month, from April 17 to 20, the Senior Living Residence (Hogar de Ancianos) in Atenas will hold its annual Costa Rica cultural fiestas with a horse parade, horse show, music and dancing, and traditional foods and activities. All events will be held at the Hogar de Ancianos plaza behind the facility in the center of Atenas. Here is the schedule of events:

The Atenas cultural fiestas are very popular and provide much-needed fundraising for the Senior Living Residence that provides a permanent home for about 65 seniors. For more information, contact the Hogar de Ancianos in Atenas at 2446-5224. 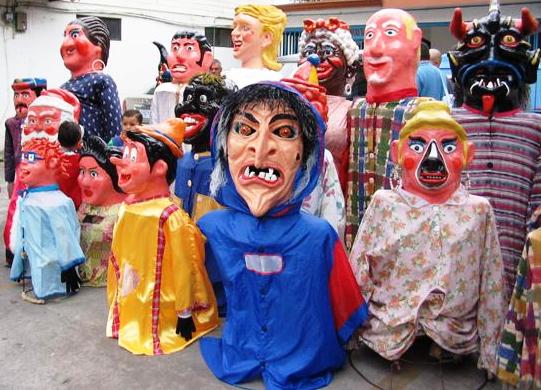 Atenas, Costa Rica is a favorite place for international retirement. The quaint country town is located less than an hour’s drive from the capital city of San Jose, 30 minutes from the Juan Santamaria International Airport, and 45 minutes from Pacific Coast beaches. See what it would be like to live in Atenas, Costa Rica – known for its sunny climate – in this new video.