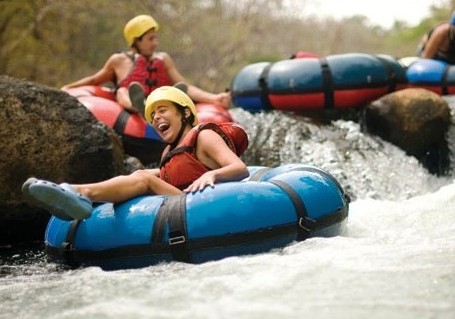 If you are like a lot of travelers – I included – you generally tend to plan where you are going on any trip, as far as location is concerned, and probably also where you will stay. And unless you are going somewhere for a specific activity, or on a planned itinerary holiday, you tend to leave the “what will I do” part until you get there.

That’s all well and fine, but it also means that you’re often left wondering how to get the best information on the top attractions, sights and tours in your area.

In Costa Rica, Valle Dorado Tours has handily sorted out the best one-day tours for all of the main areas of the country. On the custom travel pro’s website, they list the best activities for the Central Valley, Arenal area, Monteverde, Manuel Antonio, Central Pacific, Northern Pacific, Rincon de la Vieja area and Southern Pacific.

Just to tickle your travel imagination, I’ll mention here one top attraction for each area. Be sure to check out the others at Valle Dorado’s site.

Many travelers to Costa Rica tend to start and finish their trip in the Central Valley, but don’t leave time to explore. However, there are dozens of fun and worthwhile day trips possible from the Central Valley. There are whitewater rafting adventures, coffee plantation tours, city tours, rainforest aerial trams, and volcanoes and botanical gardens. One of my absolute personal favorites is called the “Combo Tour.” You’ll drive through the very pretty downtown of the city of Alajuela and then ascend several thousands of feet up to Volcano Poas and the cloud forest, passing along the way vast coffee plantations, dairy farms and strawberry fields (make sure to stop and buy a fresh basket full!).

You break for breakfast at Doka Coffee Estate, where you’ll be treated to one of the best coffee tours of all – walking through the entire process from ripening berries on a coffee plant to how you get a steaming cup of “black gold” in your hands. At the top of Poas, you’ll stand right on the volcano crater’s rim gazing into its steaming fumaroles. A very literally cool fact is that while you’ve ascended several thousands of feet, the temperature has descended many degrees and the climate up there reminds one of a misty tropical British Isles (bring a jacket!). After the volcano you’ll visit one of the most enchanting attractions in Costa Rica, the La Paz Waterfall Gardens. Hummingbirds, toucans, scarlet macaws and other tropical birds, butterflies, snakes, frogs, monkeys, jaguars and other wild cats, thundering waterfalls, trails winding through the rainforest … need I say more!

Volcano Arenal is definitely a must-see, and so are its natural hot springs, but also in the Arenal area is hands-down one of the best canopy tours in the country – Sky Trek. If you take the Sky Tram – Sky Trek – Sky Walk tour, you get the best of everything with a gondola ride up to an observation deck for unforgettable views, a heart-pounding adrenaline adventure on zip lines, and a beautiful walk on trails and suspension bridges through the forest.

There is much to do in Monteverde’s cloud forest, from hiking in the reserves to bird watching to the unique Cloud Forest Train tour. Two very notable activities for me are the Sloth Sanctuary and a Twilight Tour. You have a unique opportunity at the Sloth Sanctuary to learn about amazing two-toed and three-toed sloths, native only to the Americas. The Twilight Tour is basically a night hike starting at sunset to see the forest’s nocturnal life – coatis, agoutis, sloths, gray fox, porcupines, tarantulas, frogs, etc.

You can’t visit Manuel Antonio without exploring the Manuel Antonio National Park. Definitely leave time to swim at their magical beaches … but watch the monkeys don’t steal your picnic lunch! Another way to see a lesser-seen side of the National Park is to cruise by catamaran along the coast. You’ll enjoy colorful snorkeling and the beauty of a mini ocean voyage, delighting in playful dolphins and other marine life. If you go on the afternoon tour, you’ll be treated to a stunning sunset at sea. From November to January, you have a chance to see migrating Humpback Whales!

Along the Central Pacific, before Jaco Beach, is an “off-the-beaten-path” adventure tour to Bijagual Waterfall. You get a “two-for-one” in that you’ll be climbing a small range between Carara National Park and the Turrubares Protected Zone, giving you access to all of the spectacular bird-watching you’d get in the national park. You get to the Bijagual Waterfall part by vehicle transport and part on horseback. When you arrive, you’ll be ready to plunge into its crystal clear pools. A truly memorable experience to swim under a tropical waterfall in the middle of rainforest!

Two very cool and unique things to see in the Northern Pacific area of Guanacaste are Palo Verde National Park and the interesting history of Guaitil and Santa Cruz. Palo Verde is one of Costa Rica’s most important national parks with 12 different habitats, including mangroves, swamps, swamp forest, marshes, and saltwater and freshwater lagoons. You’ll visit the area by boat to see a fabulous variety of birds, plus crocodiles, howler monkeys, green iguanas, anteaters and coatis. At Guaitil, learn about the history of Guanacaste and its native Chorotega people via its famous clay pottery; this is a fantastic cultural tour.

In the Rincon de la Vieja area, your one-stop for adventure activities is the celebrated working ranch of Hacienda Guachipelin. There, you can ride Costa Rican ranch horses to natural thermal springs, bounce down Rio Negro on a rafting inner tube, hike in the Rincon de la Vieja National Park, or my personal favorite … steam in a natural thermal sauna, then smear yourself from head to toe in volcanic mud, soak in thermal pools and finish it off with a cold river shower to seal the “beauty treatment”. You’ll feel reborn!

In Costa Rica’s Southern Pacific Zone lies the very extraordinary Marino Ballena National Park with its remarkable beach outcropping in the shape of a whale’s tail. A neat tour is to go by sea kayak to Ballena Island, where you can check out the rich marine life while snorkeling and explore the island’s numerous caves.