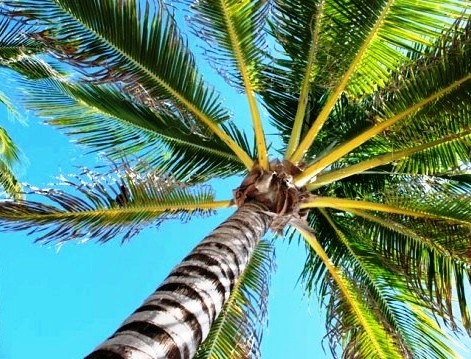 Headlines this week reported most of North America, Europe and even China locked in winter’s icy grip.

Sun, glorious sun – this time of year Costa Rica’s climate shines in its entire golden tropical summer splendor. Dry season is definitely in effect and not a drop of rain has been seen along the Pacific Coast or in the Central Valley in more than a month. In the mountains above 6,500 feet (2,000 meters), you get cooler temperatures than on the coast, but Costa Rica is unequivocally a tropical country. Situated between 8° and 11° northern latitude, Costa Rica is just above the equator.

Costa Rica occupies a privileged spot in the heart of Central America along the Pacific Ring of Fire – sound warm enough? Dense rainforests, volcanoes, beaches, exotic wildlife, rich tropical flora, and friendly people populate this wondrous country. It’s the third most popular destination for surfing after Hawaii and Indonesia. With 762 miles of coastlines spread along the Pacific and the Caribbean oceans, you get thousands of opportunities for warm water, balmy weather and excellent year-round waves.

Don’t just dream of sunshine. If you need a winter pick-me-up, seek Costa Rica’s “winter” sun to relax and chase winter blues away.

With Del Mar Surf Camp, you will surf every day in warm water with locals who have surfed the waves their whole lives, plus learn to speak Spanish and enjoy area tours. Del Mar Surf Camp provides various packages for beginners/intermediate surfers, advanced surfers, women only, families, groups and more. Though there is a schedule, camp dates also are run on an “anytime you want” basis (discounts given for Saturday arrival).

Del Mar Surf Camp offers Summer Specials packages, with great discounts, to celebrate their 10th anniversary in 2013. Domestic flights and transfers to all of Del Mar’s locations are included in all surf vacation packages.