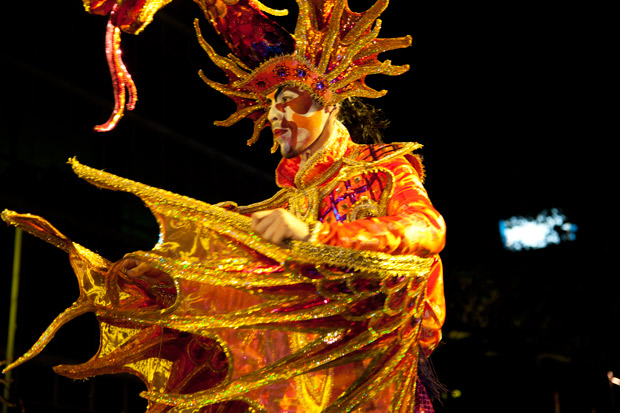 ols, traditional ballet, concerts, art tours and exhibits, and the magnificent annual Parade of Lights are all coming to town this holiday season in San José, Costa Rica.

The vibrant capital city is looking very festive these days in preparation for Christmas, New Year’s, and the kick-off to the summer “fiesta” season for 2013. Stores have already put up holiday decorations and Christmas gift displays since October.

The holiday season moves into full gala mode on December 1, when Costa Rica’s National Theatre (Teatro Nacional) inaugurates the traditional Nativity Scene in the Cultural Plaza (Plaza de Cultura) on Second Avenue (Avenida Segunda). A national choir will sing Christmas carols starting at 5:00 p.m. with the festivities, which are free to attend. The choir will again present their Christmas

carol program at 5:00 p.m. on December 2 and also December 3. Earlier on Dec. 2, at 10:30 a.m., the National Symphony will perform the works of Brahms and Prokofiev on the main theatre stage. The traditional Christmas ballet of Tchaikovsky’s “The Nutcracker” goes on stage December 6-16 by the national youth ballet troupe. Call 2221-5341 for more information, or go to http://www.teatronacional.go.cr/index.htm.

San José’s National Museum will have its own Nativity Scene dedication on December 5. Holiday-themed activities, music, theater and dance performances, food and an artists’ show will highlight the day. Events begin at 9:00 a.m. and go to 3:00 p.m. For more information, call 2256 8643, email mmasis@museocostarica.go.cr, or go to http://www.museocostarica.go.cr/index.php?lang=en_en.

reach a crescendo with the annual Parade of Lights on December 15. Kicking off at 6:00 p.m. at the La Sabana Park, hundreds of marching bands from all over the country, horse-mounted groups, entertainers and magnificent brightly-lit floats will perform their way down the Paseo Colon boulevard to Second Avenue, finishing at the Cultural Plaza. This year is the 16th for the annual televised event. About one million or so folks attend the parade, showing up early in the day to claim their place on the sidewalk; the energy is electric with so many spectators, but if you’re not up for multitudes, watch the parade on any of the national TV stations.

Apart from the holidays, cultural events have been on the rise in San José this year. For art lovers, the popular Art City Tour is a big hit. Sponsored by GAM Cultural, the free program regularly takes participants on a walking tour (or you can go by minibus with reservations) to a number of museums, art galleries, design stores and

Costa Rican artist Marco Chia will hold a gallery opening party on November 29 at Alliance Francaise in San Jose’s Barrio Amón for his painting exhibition “Nocturnos.” The party begins at 7:00 p.m. Chia’s exhibition, which is free and will run through Dec. 19, is a compilation of years of his work that uses abstract thinking to create balance and textures through a wide variety of raw materials and techniques.

Ongoing temporary exhibitions at the National Museum in San José include a photography collection by photojournalist Luis Alcalá del Olmo entitled “Haití – The Spirits of the Earth.” The exhibit shows 80 photographs of “prayers, laments, songs and dances of Haiti’s voodoo rituals” and unforgettable moments from the country’s 2010 earthquake catastrophe. The show runs through January 6, 2013. Also at the National Museum is an exposition called “The New World: Oceans, Unexplored Lands and an Adventurous Spirit” featuring maps, ships and navigation instruments of historical Northern European sea voyages to the Americas. For the first time in Costa Rica, this exhibition brings together 22 historical maps used to sail the seas to reach the “New World,” historical objects and images related to the discovery of the New World, displays on Italian explorers such as Amerigo Vespucci, as well as a reproduction of the sketch used to build Columbus’ caravel “Santa Maria.” The project is an initiative of the Italian Embassy in Costa Rica with the support of the University of Costa Rica and the National Museum, and is open through March 2013.