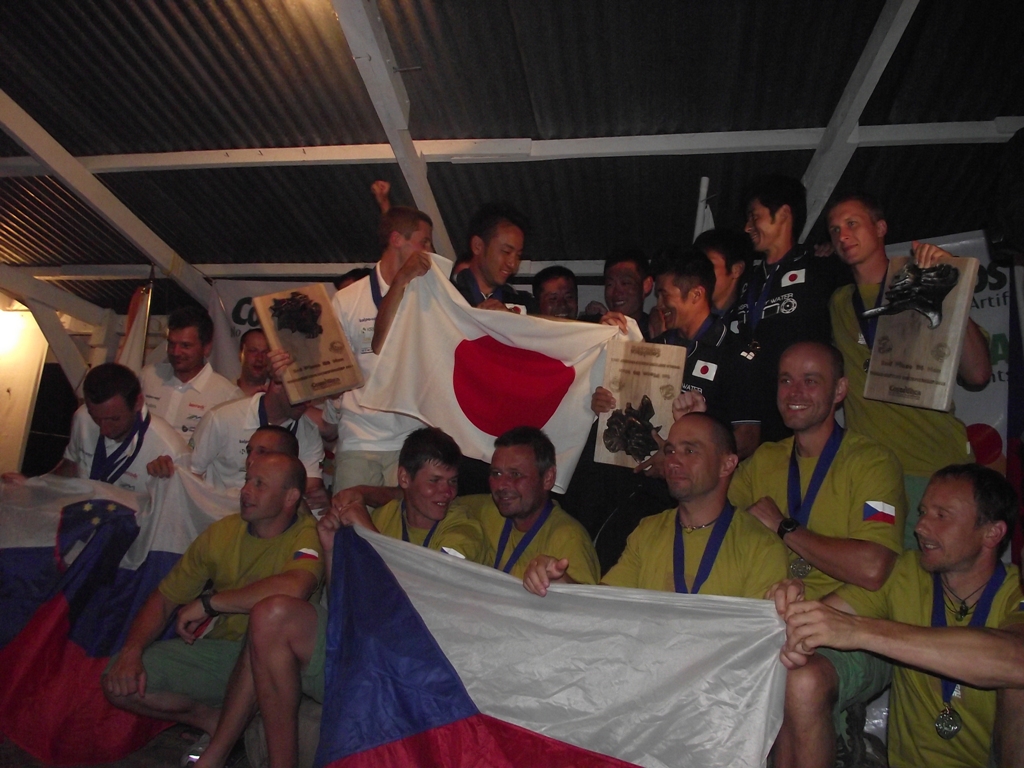 Last month took place the World Rafting Championship 2011 in Costa Rica. An event full of adrenaline, mixed emotions and the natural settings that only Costa Rica could have given!

Definitely the rafting championship was an adventure from the beginning to the end. Competitors, staff, public and organizers had the chance to live a once in a lifetime experience. All in all, the Costa Rican flavor and the authentic ¨Pura Vida¨ played hosts of visitors and competitors from 32 different countries.
Teams start arriving weeks before the event inauguration, in order to get familiar with the river and made the final trainings to be ready for the competitions. Japan women were the first team to arrive at Mollejones, the nearest town to the river section, where the championship took place. Brazil, the former world champion came just 2 days before the competitions start.

Thursday October 6th was the date, inauguration acts were held at ¨Gimnasio Turrialba 96¨ in the town of Turrialba. The competitors marched thru the downtown sharing with locals, all very excited and happy. The teams were received at the ¨gimnasio¨ with applauses and cheers from the public and the rest of competitors, each country had a warm welcome. The inauguration was full of cultural activities from the community children and the ¨Cabecar¨ group, who sang the anthem to Pacuare River.

Now, let´s move to the real action! Competitions started on Friday, the first race was Sprint, where each team had to compete in ¨The upper¨ section of the Pacuare River running class IV and V rapids while they try to go as fast as they could to improve their times, in this case it was all about getting the best time. Winners of the day were Brazil in the men category and Netherlands in female. Costa Rica was placed 10th in female and 16th male.
The second day of competitions gave place to Head to Head race, one of the most fought competitions of the whole championship, also one of the most excited events. Since the competition took place on a Saturday, this day the crowds filled the river banks with flags, some drinks to cool out from the sun and many cheers and support for their respective teams, off course Costa Rica teams had the biggest number of fans. The race extended the whole day, this time the teams had to race two at a time, fighting for a position to the next heat. Cheers, adrenaline and excitement were coming from the public each time the teams competed. A heavy rain came over in the afternoon making difficult all the logistics to end the competition, women´s last race was not completed until next day. Chile took the 1st place on male category, a historic achievement for the South American team. Costa Rican men ranked ninth this time.

Slalom was the third race, which was cataloged as the most challenging slalom course ever seen in a world championship. Competitors were also surprised by the increase level of water in the river, making the conditions of the race even more difficult. Some of the teams flipped or get caught on the rocks, the adrenaline starred during the race. This time Czech Republic took first place in both categories; followed by Japan in men and Costa Rica in women. Costa Rican women made history in this race, giving for the first time a place in the podium to our country. The last women Head to Head race was competed at the end of the day, were Japanese girls beated the Canadian Team.

The last competition was the down river, a very tough one hour long race thru some beautiful sections of the canyon, running thru class II, III and IV rapids. The race was won by Japan in both female and male category.
Five days of adventure, rain, trekking thru the mountains, jungle animals and unique races ended up crowning the new World Rafting Champions. Japan men and Czech Republic women became the World Rafting Champions 2011.
Overall the event was a success, gathering in such a remote place over 300 competitors coming from 32 different countries and giving recognition to one of the top rivers to whitewater raft in the world: Pacuare.
Luckily, this championship was well received by the tourism board of Costa Rica and sponsors, who joined the organization efforts to make it happen. Local press was also very participative and made the rest of the country aware of such an important event for Costa Rica. Explornatura figured as one of the sponsors of the event, supporting it from the preparations process thru the end.

Check the complete official results in the IRF official website, also enjoy some photos of the races in these galleries. If you would like to experience some of the adventure lived at the WRC Costa Rica 2011, try a rafting tour in the majestic Pacuare River.