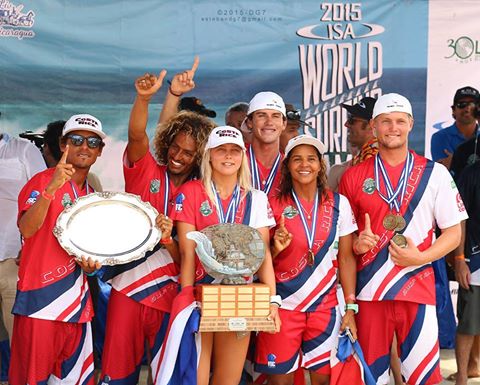 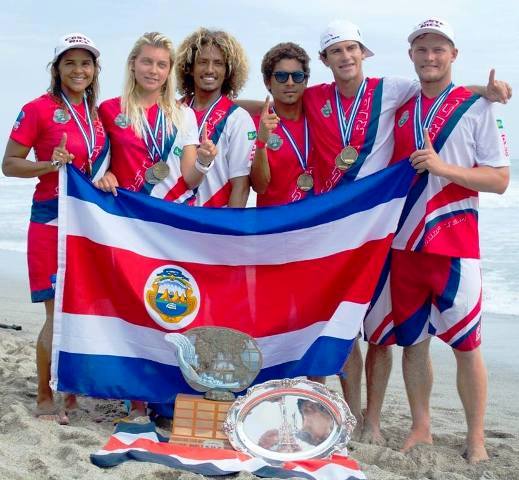 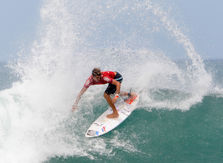 The team won another gold medal in the ISA Aloha Cup tag team event at the championships. The brother and sister team of Noe Mar and Leilani McGonagle also brought home winning medals: the gold medal for the Men’s Open Division for Noe Mar, and the silver medal in 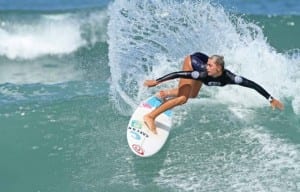 Although a small country in Central America, Costa Rica is becoming known in the world not only for having great surf on two ocean coastlines but also for producing great surfers. This year Noe Mar McGonagle is so far ranked #12 on the Qualifying Series (QS) of the World Surf League, and Carlos Muñoz is close behind at #16. Leilani McGonagle and surfer Emily Gussoni of Jaco also are competing at the World Surf League level.

One of Costa Rica’s favorite areas for surfing is Santa Teresa Beach on the southern Nicoya Peninsula – home to dream team surfer Anthony Fillingim. Santa Teresa is one of the competition beaches in the Costa Rica National Surfing Circuit. Santa Teresa also was named one of Central America’s top 10 beaches for 2015. 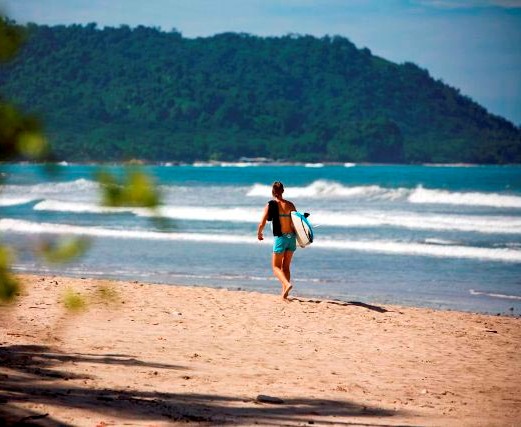