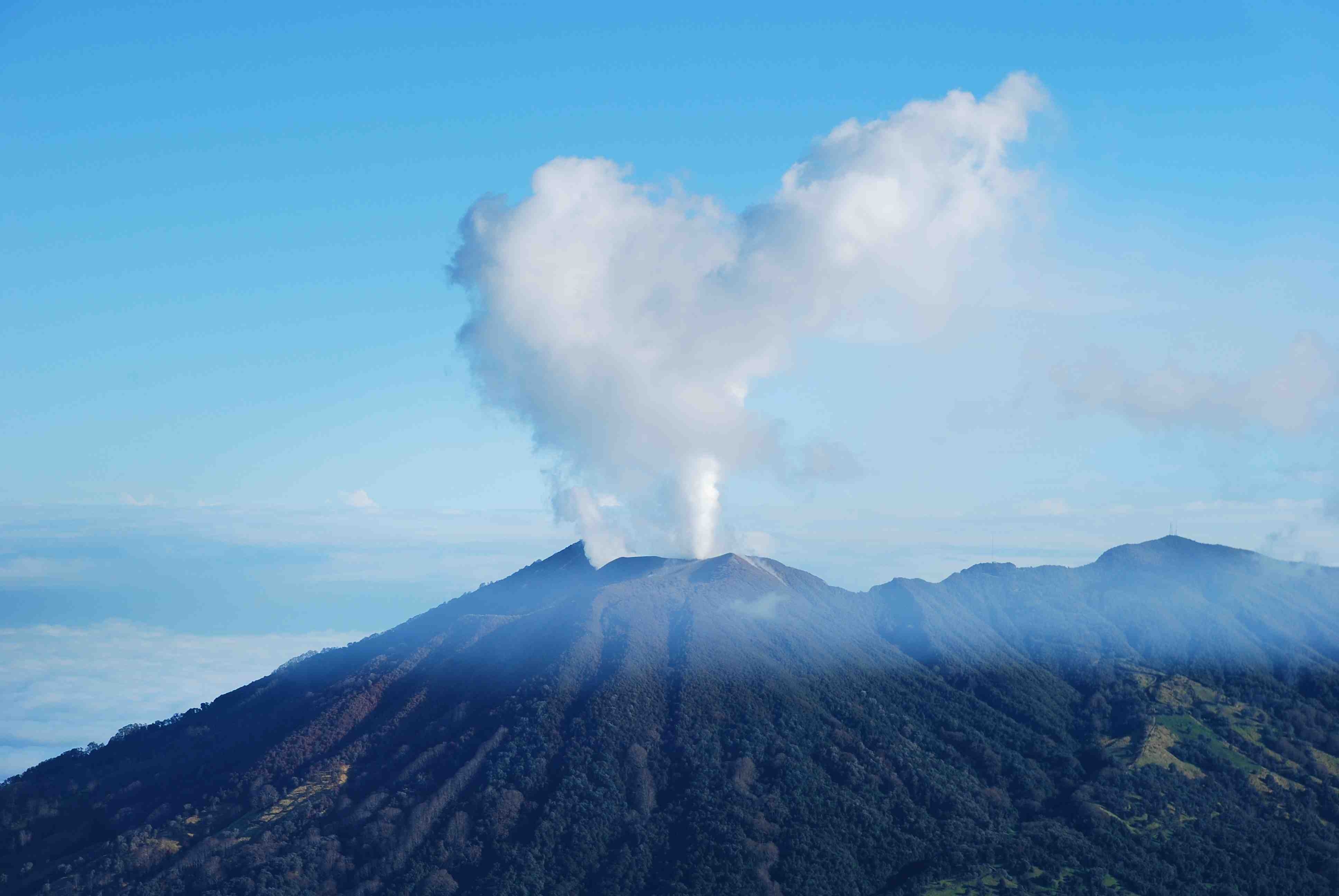 Volcanoes can be defined scientifically as fissures on the surface (usually in a mountainous form) with a magma chamber attached to the mantle of a planet, periodically erupting forth lava and volcanic gases onto the surface. However, they are much more than just geological formations. They are part of beautiful scenarios and landscapes throughout the world, and known as natural attractive in many places.

In Costa Rica, there are around 112 volcanoes, some of the most popular are Arenal, Irazu and Poas, which are also national parks, however, with so many volcanoes, the number of places to visit is much more longer, Turrialba Volcano, for instance, is located in the Province of Cartago, and is listed as one of the largest of the country.

The Turrialba volcano is located in the Central Mountain Range of Costa Rica and reaches an altitude of 10,955 feet. It is one of the five active volcanoes in the country. The volcano covered in dense vegetation looks out over approximately 3,900 acres (1,577 ha) of mostly montane rain forest, with ferns, bromeliads, lichens and mosses. A large portion of Turrialba Volcano National Park is made up of primary and secondary forest, which is where it is most common to view the smaller wildlife scurrying around. Hiking through the trails allows to see the various lava flows that give evidence to the once flowing rivers of hot magma.

The summit has three craters, one of which has fumaroles and sulfur pits. The most profound crater measures 164 ft (50 m), giving the impression of a lunar landscape similar to the Irazu Volcano. In fact, many people call them twin volcanoes due to their similar characteristics and close proximity. Visitors used to be able to hike down into the main crater, but increased gaseous activity has caused the time at the summit to be limited to no more than fifteen minutes. During the 19th century, it explosively erupted several times (1847, 1853, 1855, 1861, 1864–1865, 1866), producing pyroclastic flows. The last major eruption was in 1866, but in January 2001, the volcano reported increased activity, displaying strong fumaroles at the central craters. The volcanic activities have increased since 2005. In January 2010, the volcano emitted ash, and two villages, La Central and El Retiro, were evacuated.

Despite of the fact of being a beautiful and accessible area, Turrialba Volcano is not visited as much as its neighbor, the Irazu Volcano, but this actually could result advantageous for those who run away from the crowded touristic places.

The drive to the Volcano is another highlight to visit this area; you will get to see amazing views of the Turrialba Valley and the surroundings landscapes. This truly is the best way to see the most spectacular views of the Turrialba Valley and on a clear day the Caribbean coast. This is a trip that can be done by yourself or on a tour; Explornatura can help you with the last one.
A nice getaway, very easy to get to and explore another site on Costa Rica!!!