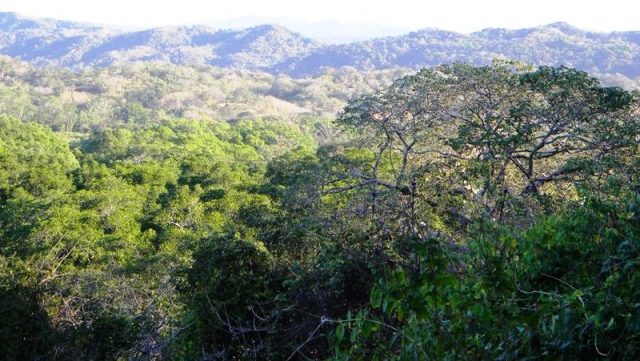 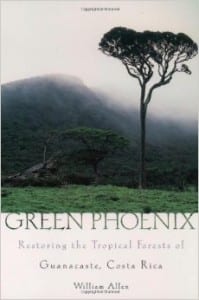 The northwestern province of Guanacaste in Costa Rica has one of the largest dry tropical forest areas in the Americas. Dry tropical forests are unique with many deciduous broad-leaf trees and vegetation that survive with much less water than a tropical rainforest. It endures a dry season lasting approximately eight months, yet is still home to a splendid diversity of plants, trees and wildlife.

The book Green Phoenix: Restoring the Tropical Forests of Guanacaste, Costa Rica, by William Allen (2003), tells the compelling story about how this forest was nearly destroyed and against all odds has been restored to magnificence.

By the 1980s, the Guanacaste forests were nearly erased in order to create pastureland for cattle. Besides cutting the forest, a highly-invasive African grass called Jaragua (Hyparrhenia rufa) was planted to feed the cattle. The highly-flammable grass then invaded local vegetation and became explosive tinder for fires in the dry season. By the time Allen’s gripping environmental story begins, in many places, only a few strands of forest were strung across a charred landscape. 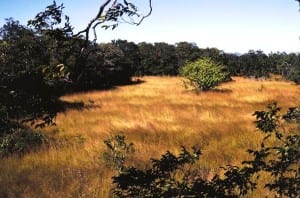 Despite the widely held belief that tropical forests, once lost, are lost forever, prominent U.S. entomologist and tropical biologist Dr. Daniel Janzen from the University of Pennsylvania, along with his biologist wife Dr. Winnie Hallwachs and Costa Rican volunteers, set out to save the tropical forests of Guanacaste in the 1980s.

Janzen and the “fathers” of the Costa Rica National Parks System, Mario Boza and Alvaro Ugalde, along with former Costa Rican President Oscar Arias and U.S. contributors like The Nature Conservancy and the World Wildlife Fund, bought huge ranches at reduced prices to create the Guanacaste 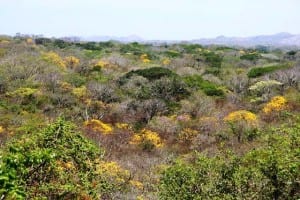 Conservation Area and massively expand the Santa Rosa National Park. Beginning with only 39 square miles, by the year 2000, they had pieced together 463 square miles of land and another 290 square miles of marine area.

Allen’s inspiring book recounts with vivid power the story of one of the greatest environmental successes of modern times of how extensive devastation can be halted and reversed. 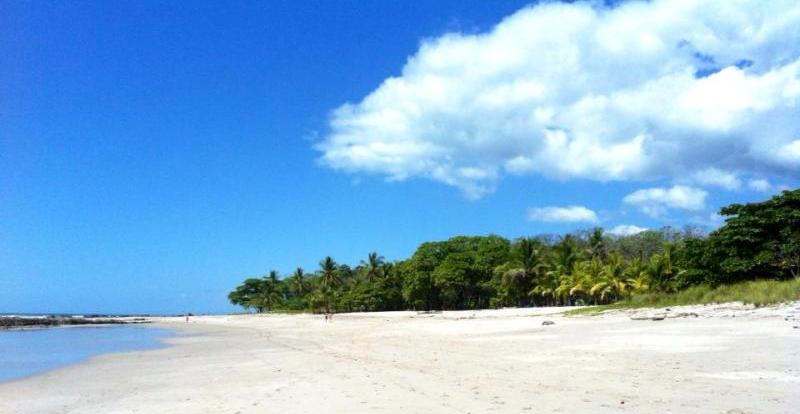 Discover the uniqueness of the Costa Rica tropical dry forest 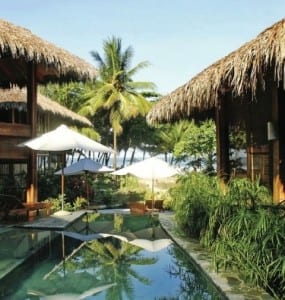