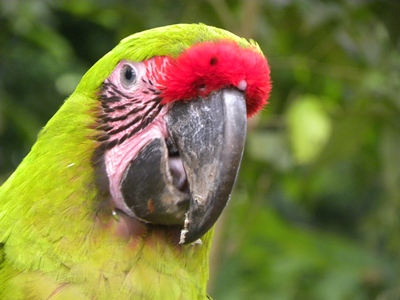 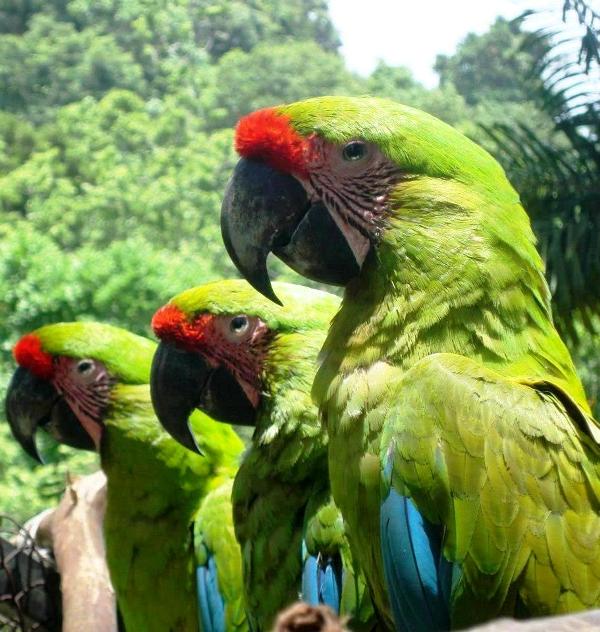 One of the most magnificent birds in Costa Rica is the Great Green Macaw.

This time of year, from October through December, Great Green Macaws (Ara ambiguus) return to the 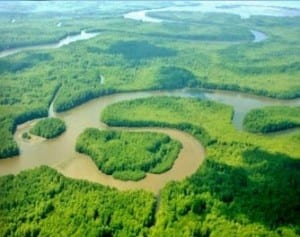 Maquenque National Wildlife Refuge in northern Costa Rica from the Indio Maiz Biological Reserve in Nicaragua. Following their main food source of mountain almond tree fruits that are now in season, the Macaws return to this vital habitat of rainforest and wetlands in Costa Rica.

The Maquenque National Wildlife Refuge preserves nearly 150,000 acres that contain mountain almond trees (Dipteryx panamensis) which endangered Great Green Macaws use for food and nesting. Formed in June 2005, the refuge is one of the biggest habitats for Great Green Macaws in Costa Rica, and is an important part of the Mesoamerican Biological Corridor. 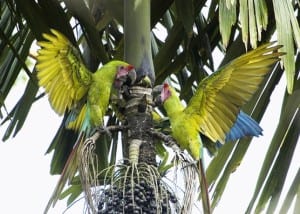 Great Green Macaws are the largest parrots native to Costa Rica, along with Scarlet Macaws. “The Great Green Macaw is a stunning parrot with vibrant plumage,” notes Wildscreen Arkive.org. The head, back and upper wings are bright green in color with turquoise blue on the edges of the wings and tip of the tail. There is a scarlet red patch on the tail and across the forehead; the rest of the face is bare with distinctive lines of black feathers.

Great Green Macaws are only found in the Atlantic wet lowlands of Central America, from Honduras to northern Colombia, with a small isolated population in Ecuador. Loss of habitat and logging of mountain almond trees has largely caused their population to decline to only between 1,800 to 2,500 mature Great Green Macaws left in the world, according to Bird Life International. 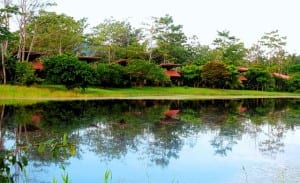 Visit Maquenque Eco-lodge now in November and December to see the Great Green Macaws. The Costa Rica eco-lodge is located next to the Maquenque National Wildlife Refuge on 68 acres of tropical rainforest with eight kilometers of trails. With more than 410 identified species of birds, Maquenque is one of the top bird-watching hotels in Costa Rica.