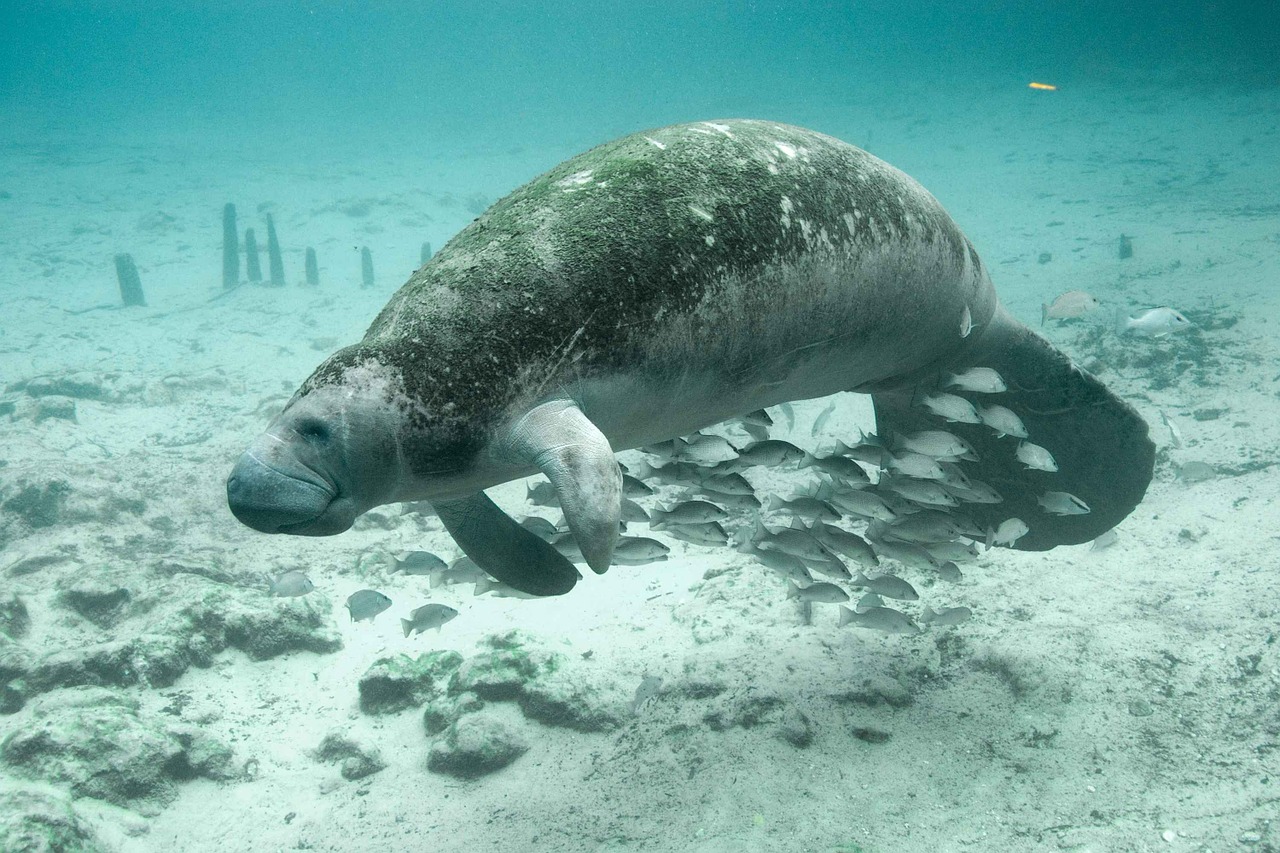 Manatus Costa Rica, Tortuguero’s best eco-luxury hotel is named after one of the most exceptional yet mysterious residents; the Costa Rican Manatees or Tortugueros “Mermaids of the Canal” as they are called.  These shy Sirenians prefer to stay out of sight but they are certainly on the mind of Manatus Costa Rica as they lead the way in protecting these important residents of Tortuguero.

Did you know that while he was discovering America, Christopher Columbus sighted some Manatees and he was certain they were mermaids?  True story! He wrote it down in his journal “…distinctly saw three mermaids, which rose well out of the sea; but they are not so beautiful as they are said to be, for their faces had some masculine traits.”

While we might agree that Mr. Columbus`s mermaids are not the prettiest of sea dwellers, we do believe they are special in many other ways.  So much so, they are now Costa Rica`s national symbol of marine fauna, and we definitely believe they should live and thrive in their home and be recognized for their importance in the world.

Manatus Costa Rica supports the Manatee Protection program in Tortuguero Costa Rica, one of the two places in the country where Manatees habitat.  While these shy, slow-moving mammals are not easy to find these days and are considered an endangered species, this makes the Manatus Costa Rica’s efforts all the more important and necessary.

The Manatees are commonly known as Sea Cows as not only are they large and round, they love to graze for hours on seagrasses, mangrove leaves and many other types of sea and freshwater plants. The warm shallow waters with lots of vegetation are their favorite place to be so Tortuguero was the perfect place for them to set up home.

They were mistaken as mermaids for many centuries as while they can remain submerged in the water for up to twenty minutes or so, they need to come to the surface for air and as their heads and finger-like forelimbs appeared above the water, the storytelling began and legends were made.

There are three types of Manatees in the world and the West Indian Manatee inhabits Tortuguero. The actual population is unknown and is estimated at only around 20 but as they are not attention seekers and prefer to literally lay low, they are not easily sighted.  Some research done at the end of the last century noted that the population had recovered after nearly being wiped out by hunting.  This is why Manatus Costa Rica`s efforts to protect these gentle giants are so critical to their survival in the canals.

These wide-nosed whiskered mammals can reach up to 10 feet and weigh a ton so they are the big girls of the canals.  They share the jungle ways with lots of other animals making Tortuguero an amazing place to see wildlife up close.  You may not see a Manatee, but Manatus Costa Rica will show you lots of other animals like the cheeky monkey, sly caimans, and even a slow sloth cuddled up in the branches. Let’s not forget the huge array of birdlife that will keep you entertained during a safari adventure through the jungle canals.

When Tortuguero developed into a unique eco-tourism destination and there was a focus on wildlife preservation, much necessary attention was put on another endangered species; the green turtle which comes to nest on the Tortuguero coastline.  The increased interest in the conservation of the turtles and the eventual creation of the Tortuguero National Park meant that the Manatees were given a second chance to live peacefully and hidden in the protected waterways.

While the Manatees now can live in relative calm these days, the work Manatus Costa Rica does through their partnership with the Foundation for the Conservation of the Manatee has a positive impact on their continued safety and welfare. Through raising awareness, observation of their behavior and protection of their habitat, this eco-luxury hotel in Tortuguero is making a difference.

When we talk about Manatees, we also have to mention a true story about a couple of young legends from a small school on the Caribbean Coast who decided to draft and present the bill to make the Manatee the country`s national marine symbol, after studying about their plight and status. And, guess what? They made it happen!  Thanks to Manatee legends, Aldier, Fabiola and Manatus Costa Rica for their continued efforts to preserve the Manatee population and ensure their safety.

Would you like to learn more about the Manatees and Tortuguero?  Manatus Costa Rica would love to hear from you or go to our Sustainability page to read about their projects.