Two must-see destinations on your Costa Rica vacation are the Arenal Volcano and Northern Plains of Costa Rica.

framing the skyline with its near perfect cone shape. The spectacular live volcano is easily one of the most photographed landscapes in Costa Rica.

Formed nearly 7,000 years ago, after four centuries of inactivity, Arenal Volcano roared into life with the famous 1968 eruption. From then on, the volcano became Costa Rica’s hottest tourist attraction with its nightly lava shows and regular pyroclastic explosions.

Although the much-loved volcano quieted into a resting phase in October 2010, Arenal and the town of La Fortuna, Costa Rica, are still hotspots for adventure activities. It is thrilling to stand close to an active volcano, and you can sometimes hear the volcano’s rumblings and see plumes of gas. Popular with everyone, of course, are the area’s natural volcanic hot springs. 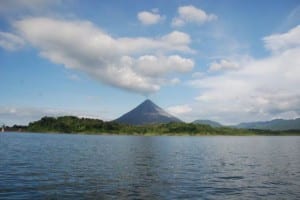 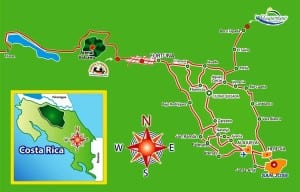 north of Volcano Arenal in the Northern Plains by the San Carlos River. Maquenque is an important sanctuary for birds in Costa Rica, and is a migratory stop for many North and South American bird species.

One of the top bird-watching hotels in Costa Rica is Maquenque Eco-Lodge. More than 410 bird species have been identified in the area. The Costa Rica eco-lodge features guided bird-watching tours, and river canoeing, rafting and boating trips.

Maquenque Eco-Lodge is an excellent complement to any travel itinerary that includes the Arenal Volcano.