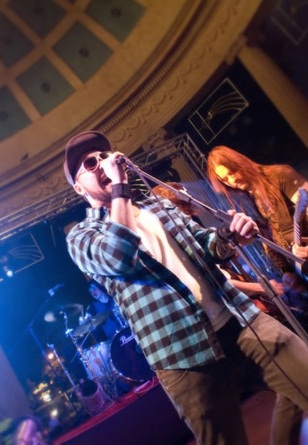 For the 6th year running, Costa Rican and other Central American bands will strut their stuff at the annual “Festival Rock el Farolito en el Morazan” at the Morazan Park. Organized by the Spanish Cultural Center and the Spanish Embassy of Costa Rica, this year’s free event is now two days instead of just one.

Festival goers’ can revel in a wide variety of rock music, from Indie to punk, funk, hip hop,

electronic and metal by groups from Costa Rica, Honduras, Guatemala and Panama. The 2-day event starts from 12:00 pm both days and lasts through the evening.

The event celebrates the 20th anniversary of the Spanish Cultural Center in Costa Rica.

Morazan Park is located in downtown San Jose on Calle 5 and Avenida 5, by the Aurola Holiday Inn.

To stay near the festival, check out Hotel Ritzli right in the heart of downtown and just a few blocks from Morazan Park, on Calle Central Alfredo Volio between Avenidas 8 and 10.