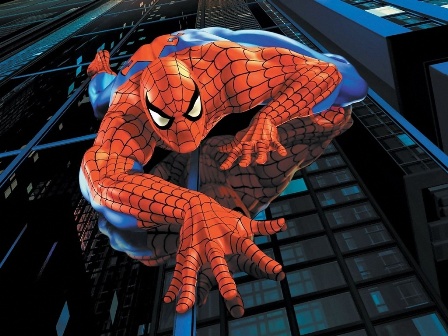 Did you ever want to fly through the air like Spider Man? Or demolish the bad guys like Superman or The Hulk? Now’s your chance to meet, or maybe even to BE, one of these fantastical comic book heroes!

For the first time in Central America, comics and animation stars and their creators will be honored at the two-day convention, BoomCon.

There will be music, shows, meet-and-greets, contests, shopping, and events to satisfy every whim of comic book lovers from everywhere. Thousands are expected to attend, and full costumes are encouraged.

The special guest list for BoomCon is a Who’s Who of comics and animation. Present will be Tim Townsend from Marvel Comics, who worked on X-Men and Spider Man. Also on hand will be Tom Bancroft, an experienced animator who spent 11 years at Disney working on classic films such as The Lion King, Mulan and Aladdin. If you have any Marvel Comics or Walt Disney memorabilia that you’d like autographed, this is your chance.

A major focus of BoomCon will be centered on Costa Rica’s underground comix scene and fast-developing computer animation industry.

BoomCon will be held in the Antigua Aduana Building (the old customs warehouse) in downtown San Jose.

A perfect place to stay in downtown San Jose for easy access to BoomCon is Hotel Ritzli. Check out this clean, comfortable, affordable hotel for your centrally-located accommodations.