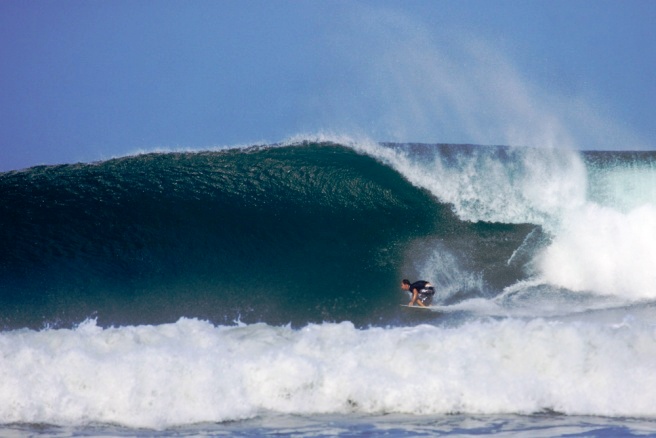 The waves were big, and so were the national surfers who came to Playa Guiones at Nosara Costa Rica for the third competition in the 2014 Olympus National Surfing Circuit.

The next 2014 Olympus National Surfing Circuit competition will be held at the south Pacific beach of Dominical from March 15 to 16. 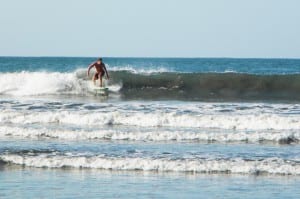 The breezy Blue-Flag-awarded beach of Guiones, on the Nicoya Peninsula in Costa Rica, is reputed to have the most consistent surf on Costa Rica’s Pacific Coast. With its beautiful long beach and long left and right breaks, Playa Guiones is one of Costa Rica’s most favored surfing beaches.

Nosara, Costa Rica – encompassing the beaches of Guiones, Pelada and Nosara – has recently caught the world’s attention for its natural beauty. The eco-friendly community was ranked one of the 11 Places to Go Worldwide in 2014 by CNN, and selected by National Geographic as a Best Winter Trips of 2014. 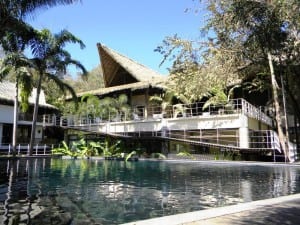 Getting to Nosara: from the San Jose international airport, Nosara is a 5-hour drive; and it is a 2.5-hour drive from the Liberia International Airport. Short-hop domestic flights arrive in Nosara from both the San Jose and Liberia airports; from there it is a 10-minute drive to Playa Guiones and Playa Pelada.
Article by Shannon Farley