Some of the most elaborate traditional Christmas celebrations take place in the seven countries of Central America. Read on for more about each country’s unique festivity. 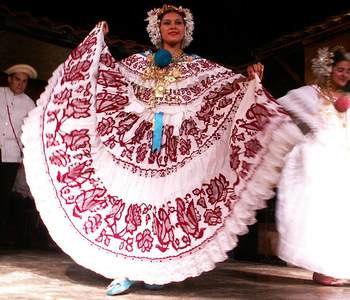 The Panama City Christmas Parade is the big festivity here. Decorated floats, marching bands and dancers in traditional costumes parade through Panama City to the beach where there is a tree lighting ceremony. At nightfall, there is also a parade of boats decorated with Christmas lights. On Christmas Eve at midnight, Panamanians shoot off fabulous fireworks. Traditional foods include chicken tamales and rice with chicken.

In Costa Rica, roads, shops and houses are beautifully decorated at least a month before Christmas. Lavish dinners accompany Christmas Eve celebrations, traditionally with roasted pork leg and tamales. In Costa Rica it’s not Santa Claus who brings the Christmas gifts; they are instead brought by Baby Jesus on the night before Christmas called “La Noche Buena” (the Good Night).

Christmas in El Salvador focuses on family. Most families go to midnight mass together and then return home to begin an all-night party with a large dinner, serving roasted turkey, rice and chicken, and potato salad. As they wait for the arrival of Santa Claus, children play with sparklers, and fireworks are set off. 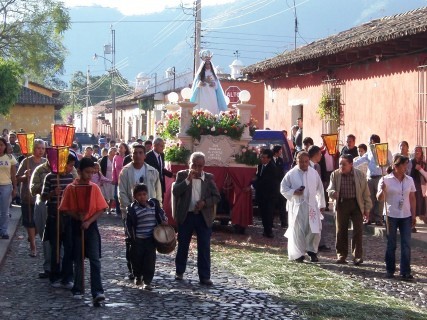 In Guatemala, Christmas blends the Mayan culture with Roman Catholicism. Antigua, Guatemala, one of the oldest and most beautiful colonial cities in Central America, stages impressive traditional Catholic Christmas processions and festivals. In the nearby Mayan market town of Chichicastenango, vividly costumed indigenous dancers act out plays and musicals that blend modern Christianity with ancient Mayan beliefs. Most churches and public areas display Nativity scenes, and everyone always goes to Midnight Mass on Dec. 24, known as “La Misa del Gallo,” or the “Mass of the Rooster”.

People in Honduras also go to midnight mass on Christmas Eve, followed by a special dinner with tamales, roasted pork, chicken with rice, and torrejas – bread fried with honey and cinnamon – for dessert with eggnog. Las Posadas is a common tradition in Honduras, held from Dec. 16 to 24 when participants reenact the journey Mary and Joseph took to Bethlehem searching for a place to stay. The ritual involves statues of saints traveling to different designated homes each night as a way to symbolize the historic journey. 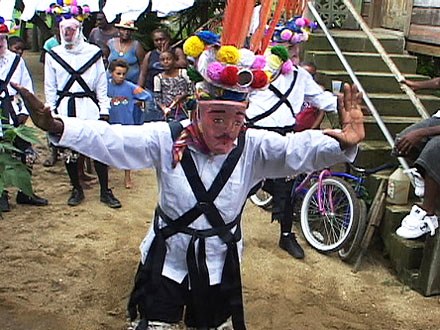 Having been colonized by the British, Belize is mainly a Christian nation, so you will see Christmas traditions like Christmas trees, decorated homes and midnight mass celebrations. However, indigenous and West African cultures also influenced local traditions like the Garifuna Wanaragua celebration, which happens on Christmas Day in towns like Dangriga where the West African culture is strong. Wanaragua is a masked Christmas procession where locals dress up in costumes meant to mimic the dress of their original European captors.