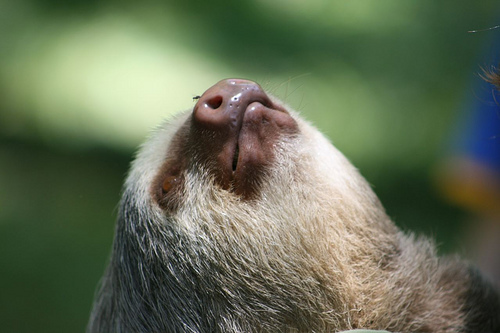 Celebrate sloths in the rainforest on October 20, International Sloth Day! See sloths in Costa Rica at Playa Nicuesa Rainforest Lodge on the gulf of Golfo Dulce.

Tropical rainforest sloths in Costa Rica have become famous, thanks to publicity by Animal Planet and the Costa Rica Tourism Board. They are one of the most sought-after animals to see by travelers visiting the Central American country.

You can celebrate International Sloth Day on October 20! The day to honor the adorable, slow-moving, tree-dwelling mammals was created in 2010 by the AIUNAU Foundation, a non-profit conservation and wildlife organization based in Colombia. The unofficial holiday raises awareness about the lives and natural habitat of tropical sloths, which are native to Central and South America.

15 Fun Facts about Sloths in the Rainforest

WHERE TO SEE A SLOTH IN COSTA RICA?

Playa Nicuesa Rainforest Lodge in the southern coastal rainforest is a perfect spot with plenty of wild spaces around to see sloths. The sustainable ecolodge has a 165-acre protected private rainforest reserve, and is located next to the large Piedras Blancas National Park and close to the Corcovado National Park and Golfito Wildlife Refuge.

Sloths in the rainforest are sometimes easy to see since they don’t move very fast; but at other times very difficult to spot thanks to their excellent camouflage in the trees where they live. At Nicuesa Lodge, you can see both species of tropical rainforest sloths in Costa Rica – the Three-fingered sloth (Bradypus variegatus) and the Two-fingered sloth (Choloepus hoffmanni). Staff naturalist guides lead walks on the lodge’s rainforest trails and in the Piedras Blancas National Park to see wildlife and rainforest plants and trees.