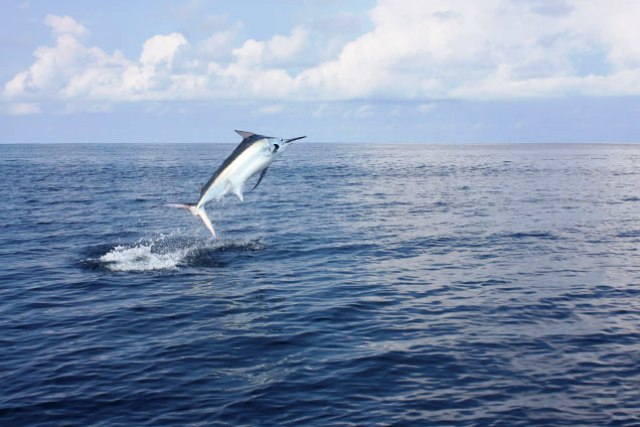 Big-game anglers from around the world are in Costa Rica for the annual World Offshore Fishing Championship in Quepos, from April 6 to 11, 2014.

Teams from more than 60 countries – who had to qualify to receive an invitation to the event – will compete for the largest number of record-setting game fish caught and released. This is the second year in a row that the Marina Pez Vela in Quepos has hosted the prestigious international deep sea fishing competition, put on by the Bonnier Corporation of Florida.

The fishing offshore of Quepos in April is known to be a prime month for blue, black and striped marlin, Pacific sailfish and swordfish. Big schools of Dorado (Mahi Mahi) are also common, and fishing boats 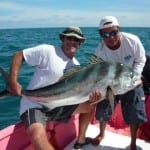 Earlier this year, Costa Rica hosted the Horseshoe Tournament, in which over 2,000 sailfish were reportedly caught; and 200 people attended the Billfish Quepos Cup in February at Marina Pez Vela. 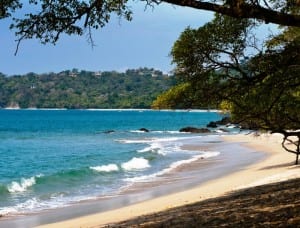 Rica. The newly revamped Marina Pez Vela offers fishing enthusiasts and tourists state-of-the-art facilities, waterfront restaurants, shops and galleries. The experience of fishing in Quepos is enhanced by the beautiful scenery of the adjacent Manuel Antonio National Park, one of the most popular beach vacation destinations in Costa Rica. Manuel Antonio is a top draw in Costa Rica with its powdery white-sand shores, abundant tropical wildlife, and thrilling nature and adventure tours.

Deep-sea fishing is one of the most popular tours in Quepos, long renowned as one of Costa Rica’s prize fishing destinations, where anglers have luck just about any month of the year – though December through April mark the peak season for landing marlin and sailfish. 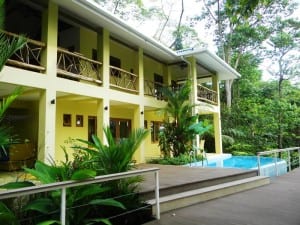 Not surprisingly, fishing enthusiasts who have tasted the bountiful fruits of Manuel Antonio and Quepos, spend at least a few months each year fishing these tropical waters. You can get in on the action with your own Manuel Antonio area vacation rental or Costa Rica vacation home.

Portasol Rainforest & Ocean View Living has affordable Costa Rica property for sale and homes for rent. The Costa Rica sustainable community is a quick drive from Quepos and Manuel Antonio, and also the top surfing beaches of Dominical. On their 1,300 acres, there are private trails in the jungle, rivers and waterfalls with natural pools, and comfortable lodging.