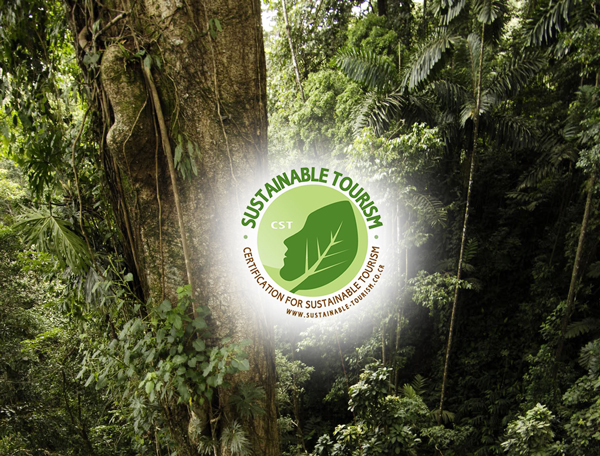 Rated No. 1 of Things to Do in the Port of Limon, TripAdvisor Certificate of Excellence … the list of awards is long for Costa Rica’s Veragua Rainforest Eco-Adventure Park. 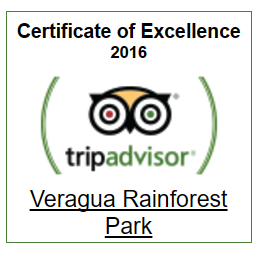 Is it the incredible nature and adventure attractions? From rainforest and waterfalls, to abundant biodiversity, a nationally-accredited scientific research center, and adventure tours of an aerial tram and ziplines, Veragua Rainforest is rated No. 1 of Things to Do in the Port of Limon on TripAdvisor.

Or is it the stellar travel reviews that have awarded the popular Costa Rica adventure park the TripAdvisor Certificate of Excellence for five years and counting – 2011, 2013, 2014, 2015, and 2016.

Since its opening on July 4, 2008, Veragua Rainforest Eco-Adventure has become a top shore excursion for cruise line passengers docking in Limon. The Original Canopy Tour at Veragua Rainforest has been named the Princess Cruises Tour of the Year for six years in a row.

Then there are Veragua’s sustainable tourism practices which led the eco-adventure park to earn the esteemed Certificate for Sustainable Tourism from the Costa Rica Tourism Board (ICT) in 2016. The very stringent CST process honors Veragua Rainforest for its environmental protection, use of resources, and community support. For instance, Veragua Rainforest operates almost solely using clean energy from a state-of-the-art solar energy power system installed at the park.

What sets Veragua Rainforest apart from other rainforest tours in Costa Rica is its strong commitment to the local community and creating new possibilities for their livelihood, conservation and education. Your visit to the park helps support Veragua’s community outreach programs.

Veragua Rainforest Eco-Adventure and its architect, Juan Ignacio Acuña, received the Metalco Award in May 2008 at the Costa Rican Architectural Conference for ecologically-sustainable construction techniques with steel. This award is the Costa Rican version of the international “Pritzker Architecture Prize”.

Veragua Rainforest also received the Rene Frank Award from the Costa Rica Real Estate Chamber in 2008 for employing sustainable architecture and for being “accessible without boundaries”.

See for yourself why Veragua Rainforest Eco-Adventure Park is so award-winning on a guided day tour or shore excursion. Because Veragua Rainforest is not simply a nature reserve, but rather filled with exhibits and special attractions, guided tours are required. Most of the park is wheelchair accessible and is designed to be safe and simple for all ages to get around.