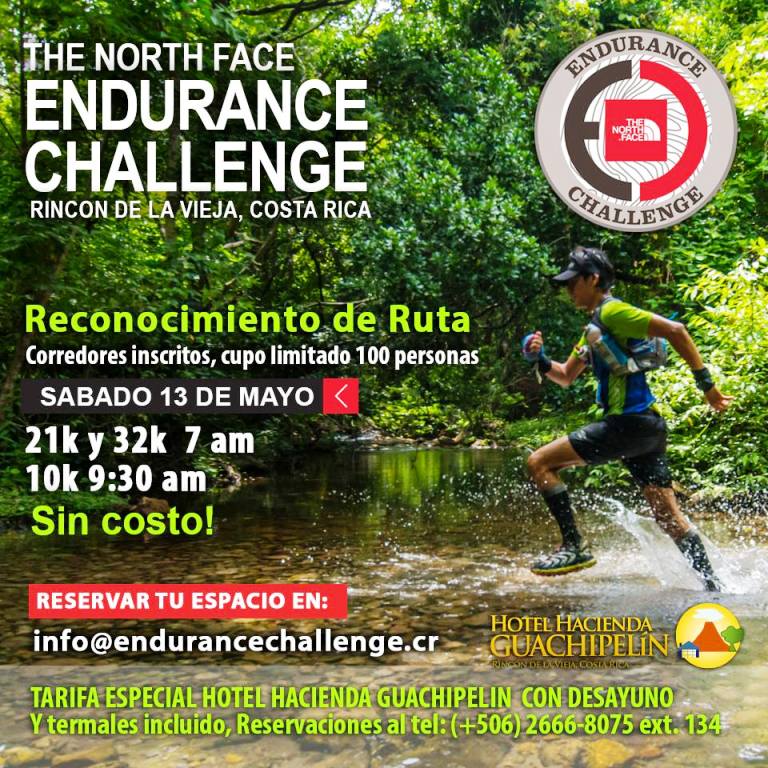 On Saturday, May 27, 2017, hundreds of runners from all over the world will compete in four individual competitor races of 10 km, 21 km, 50 km and 80 km, allowing for beginning trail runners up to expert ultra runners. Sponsored by The North Face, the race headquarters and starting point is at the popular eco-adventure Hotel Hacienda Guachipelin, located next to the Rincon de la Vieja National Park.

Demanding trails cover challenging terrain through beautiful scenery around Rincon de la Vieja Volcano, one of six active volcanoes in Costa Rica and the largest in the northwest province of Guanacaste. Routes cover altitudes between 850 feet and 3,280 feet (260-1,000 meters), depending on the race length. Aid stations will be set up along the way.

Registration for The North Face Endurance Challenge Costa Rica closes April 30. There will be a pre-run to learn the race route on May 13, open only to the first 100 persons who sign up at info@endurancechallenge.cr.

The North Face Endurance Challenge Costa Rica is part of the International Race Series organized by The North Face.