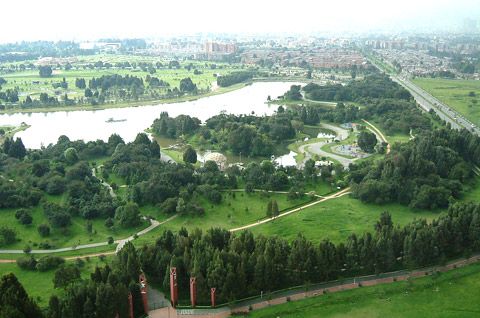 ¨La Sabana¨ well known signature of San Jose´s downtown. This park is the biggest and most important urban park in the country. Covers an area of 72 Ha and has been the recreational and sports space for many Costa Ricans during decades.

Officially name ¨La Sabana Metropolitan Park¨, this place represents the green space of downtown San Jose.  It was inaugurated in 1977 by the president at the time, Daniel Oduber, who classified it as a Metropolitan Park, worked on planting some trees and grass, renovating it to be called again ¨the lungs of San Jose¨.

The history of this park , actually goes back to the 17th century, when a ¨Josefino¨ citizen named Manuel Antonio Chapuí donated the lands. The governments at the time started to preserve and develop some planting campaigns, creating the characteristic vegetation making it popular for recreation and sport activities among the people.

This year is starting a new important project to renovate the park. The project is based on create a whole new atmosphere for the birds and different animal species that visit the park. The objective is to renovate all the old trees, sowing new native Costa Rican species that can provide food and protection to the animals in the area, also adding some scenic and beautiful views to the park.

By staying at Ritzli you can have the chance to take a small picnic with you, walk over the park, explore the recently inaugurated National Stadium, take a tour thru the Art Museum and enjoy a typical ¨tico¨ downtown getaway.

La Sabana Park is just one of the many fun and interesting activities you have to choose from, while you visit San Jose. Either is before or after exploring the beautiful Costa Rica, you can also enjoy downtown.