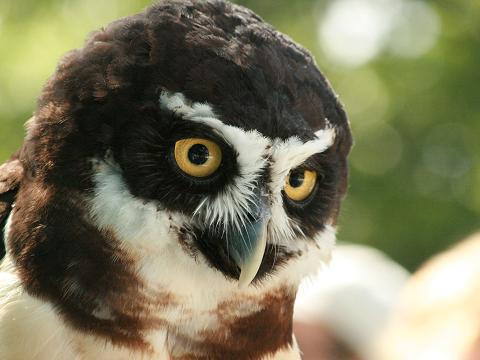 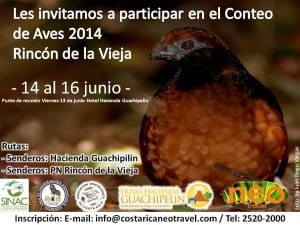 The massive Rincon de la Vieja in northern Costa Rica is known for its imposing outline on the horizon, its steaming fumaroles and bubbling mud pits, and impressive tropical dry forest. The highly-popular adventure tourism location also is becoming known for spectacular bird-watching. 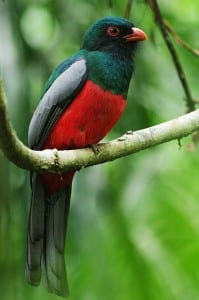 Professional birders and avid bird-watching fans will meet at the top Guanacaste hotel on June 13. The count will begin the morning of June 14 on the trails in the Rincon de la Vieja National Park and on the Hacienda’s enormous property that encompasses protected dry tropical forest and a working cattle and horse ranch, in addition to the hotel facilities and Costa Rica adventure tour center. 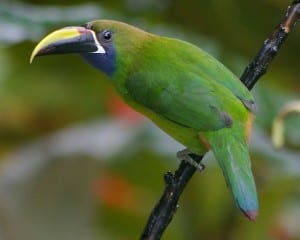 See a list of more than 60 birds spotted near Hacienda Guachipelin in the Rincon de la Vieja National park. Get a full list of Costa Rica’s birds here.

One of the best times to visit Rincon de la Vieja is now in the green season (May to November) when the active volcano’s fumaroles and boiling mud pots are most active. The hiking is fantastic while birding at Rincon de la Vieja. Afterward, one of the benefits of Hacienda Guachipelin is to enjoy a warm volcanic mud bath and soak in natural hot springs to relieve sore muscles.