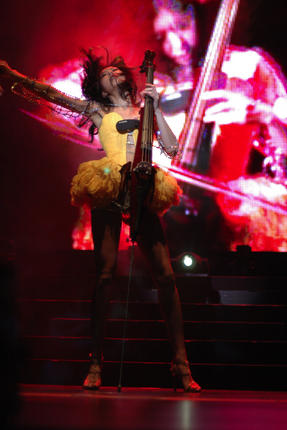 Costa Rica’s capital city transforms this week into a giant stage, playing host to more than 2,000 artists from 28 countries in the 13th annual International Festival of the Arts (known as FIA by its Spanish acronym). Organized by the National Theatre and the Ministry of Culture and Youth.

The heart of the arts and culture festival is the Sabana Metropolitan Park on San Jose’s west side, where there will be concerts, theatrical presentations, dance performances, clown and circus acts, music, puppet shows, storytelling, poetry readings, art and more. The National Theatre and the Melico Salazar Theatre will stage main performances. The Liberty Metropolitan Park in the neighborhood of Desamparados, the Juan Santamaria Museum in Alajuela, as well as most of San Jose’s theatres, plazas, auditoriums and main boulevards also set the scene for shows. Museums and galleries around San Jose are showcasing special exhibits.

Line-up of acts is bigger than ever before! Puerto Rican reggaeton stars Calle 13 open the festival’s headline shows  in the Sabana Park. And British rocker Alan

Parsons of the Alan Parsons Project will close the festival , also in the Sabana Park. Artists have come from as far away as Armenia, Holland, Spain, Germany, Israel, Italy and various countries in South and Central America.

The South Korean Embassy is this year’s principal cultural sponsor. Korean music and dance performances will be featured at the National Theatre and on the festival’s other stages. The Korean Pavilion in the Sabana Park will feature Korean foods and arts and crafts.

An  “Environmental Festival” space in the Sabana Park will feature a 2-meter long fish tank with many types of fish found in the movie “Finding Nemo”, a serpentarium and a butterfly farm. There also will be gardening workshops, a bonsai tree exhibit, and crafts artists with products made of natural materials.

A perfect place to stay right in the center of downtown San Jose, to be close to all of the festival’s events, is Hotel Ritzli. This clean, comfortable, affordable and charming European-style guesthouse is located on Calle Central Alfredo Volio between Avenidas 8 and 10.