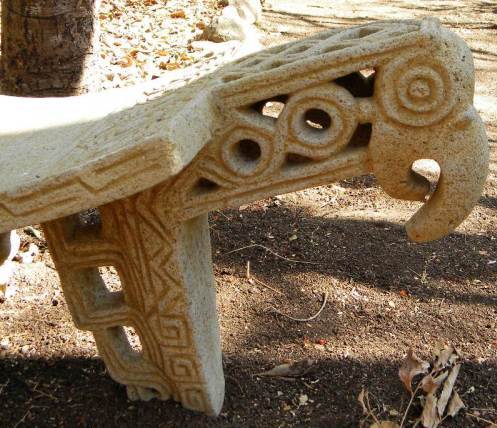 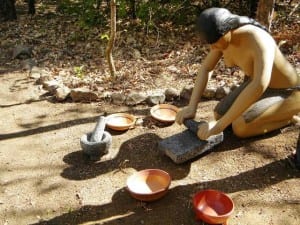 Not much is known about the first native peoples to live near the massive Rincon de la Vieja Volcano in Costa Rica’s Guanacaste province. A new archaeology tour at the area’s eco-lodge Hacienda Guachipelin will help shed some light on the mysteries of these indigenous ancestors of Costa Rica.

“We’re rescuing the cultural traditions of Guanacaste,” said Fernando Camacho Mora, archaeologist in charge of the project. “We don’t know the name of the people who lived here because they did not have a written language.”

What we do know, Camacho explained, is that a tribe known as the Chorotegas migrated south from Mexico through Nicaragua to Guanacaste in about 900 AD. They lived in places along the Pacific Coast from Salinas Bay south to the Nicoya Gulf, but not in the interior. Archaeological findings show that a different people – probably who spoke a Chibchan language – lived in the area now forming the Rincon de la Vieja National Park from about 10,000 BC. 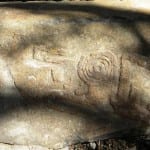 Almost all of the discovered sites are cemeteries. Camacho said he is planning to do further research to uncover the living areas of the community. Petroglyphs and tomb markers, dating to about 500 AD, have been found in river beds near Hacienda Guachipelin.

The hotel’s new archaeology tour will show off eight stations that give an introduction to the history of Guanacaste and Rincon de la Vieja, and a characterization of life in the indigenous society. The walking tour will start from the hotel Reception, stopping first at the hotel’s new hydroponic garden, and then visiting the exhibit of live snakes and frogs, and the small butterfly garden, before reaching the archaeological section. 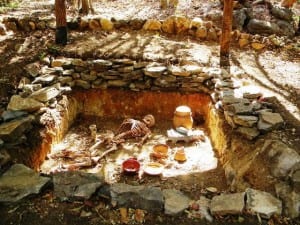 Walking narrow paths through the tropical dry forest to a small clearing with a life-size statue of a hunter ready with his spear and a woman kneeling on the ground grinding corn, you can imagine what life may have been like in these first settlements. A recreation of a burial tomb shows a replica skeleton and objects such as jade carvings and ceramic bowls to demonstrate burial practices.

The 60 to 90-minute tour will open to the public toward the end of April.