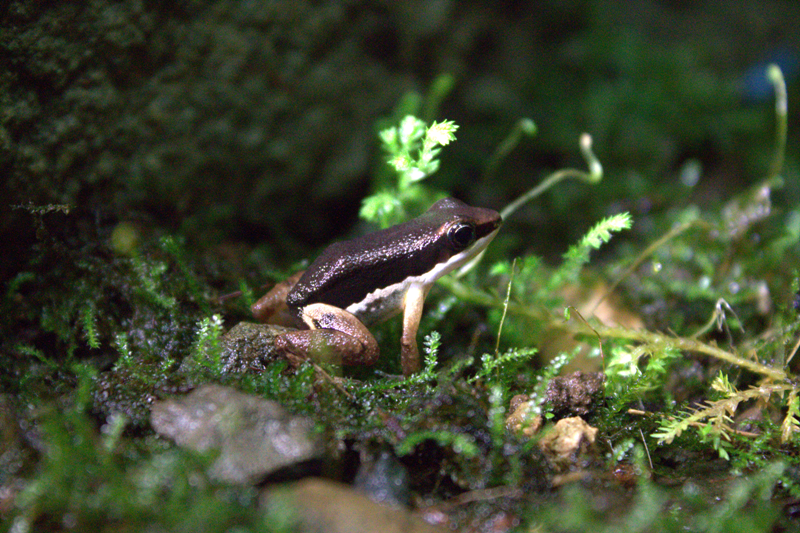 Climate change is one of the biggest dangers and challenges facing the world today.

While the world’s nations race to reduce greenhouse gas emissions, studies show that tropical forests could be the tipping point in global warming.

A team of Costa Rican biologists at Veragua Rainforest, together with the University of Costa Rica, are using climate change studies of tropical biodiversity to help Costa Rica meet its commitments under the Paris Agreement on Climate Change and prevent global catastrophes.

Circling the Earth’s middle like a huge green belt, the Tropics occupy approximately 40 percent of the Earth’s land surface and comprise about half of the planet’s total forest area. Home to two-thirds of all of the living species on the planet and nearly half of the endemic plants for common medicinal compounds, tropical forests are considered especially vulnerable to climate change. Unlike temperate forests where temperatures fluctuate widely with seasonal changes, temperatures in tropical forests maintain a relatively narrow thermal range of 75 to 100 F (24-38 C). Tropical forests also require sufficient moisture to exist, receiving anywhere from 70 to 400 inches (1.7-10 m) of rain per year.

Mess with that by increasing atmospheric temperatures or changing rain patterns, and tropical forests may be pushed into climates never before experienced. Or worse, extended droughts could cause catastrophic death of trees, accelerating global warming even more, according to an October 2012 climate change report by the U.S. Department of Energy Office of Science.

“Scientists agree that Costa Rica is a hot spot for climate change, as it houses a unique array of ecosystems and biodiversity that will be seriously impacted by changes in temperature, rainfall variance and more frequent natural disasters,” notes Costa Rican environmental consultant Mariel Yglesias in the November 2016 World Politics Review.

“Some impacts are already apparent: Costa Rica now experiences a longer and hotter dry season; precipitation is more intense; and temperature extremes have increased. Such changes pose a threat, and Costa Ricans have already experienced more floods, landslides, heavy rains, and also sea-level rise,” said Yglesias. “Climate change is expected to affect highland forests as well, which are essential in maintaining Costa Rica’s water sources, and the biodiversity that they house are likely to be disturbed.”

According to Costa Rican biologist José Salazar Zúñiga, the harbinger of serious climate change on the planet is frogs.

“The principle group that measures any climate change is the amphibians, because they absorb any chemicals by their skin. Rain cycles affect frogs’ reproductive cycles. Some frogs only reproduce one or two times per year, usually in rainy season and with a full moon. If it does not rain like it should, they don’t reproduce,” said Salazar, a herpetologist and Research Coordinator for the Veragua Foundation for Rainforest Research in Costa Rica.

Salazar and his team of biologists at Veragua Rainforest Eco-Adventure Park in the Caribbean coastal mountains are collaborating with the University of Costa Rica on climate change studies to help Costa Rica meet its environmental goals.

“With our research, we are generating information about the biodiversity of the Central Caribbean. Since 2012, we have directed many projects to understand how environmental variables such as temperature, relative humidity, precipitation, and moonlight, among others, affect the reproductive behavior of different populations of animals,” said Salazar.

They give an annual report to the National System of Conservation Areas (SINAC), an agency of Costa Rica’s Ministry of Environment, Energy and Telecommunications (MINAET), on their climate change results with their recommendations of actions to realize. They also publish and present their scientific findings nationally and internationally in scientific journals and at congresses.

In 2012, Salazar reported already seeing signs of climate change. “We have noted drastically the effects of the warming of the planet. The rainforest around Veragua in 2011 took on the characteristics of a tropical dry forest instead of a rainforest for lack of rain. We’re already seeing the change in the climate.”

Veragua and the Caribbean region have the highest biodiversity of frogs in Costa Rica. Salazar and his team provided the first official list of frogs of the region in 2012, recording 54 distinct species. Studying the region’s frogs together with meteorological and ecological data will indicate any early warning signs of serious climate change, said Salazar. The team is presently creating one of the first inventories of mammal species in the Central Caribbean near Veragua.

Veragua’s climate change research ties in with its environmental education program, which is shared with all visitors to the eco-adventure park – approximately 15,000 people a year.

“We also work with the communities and schools of Brisas de Veragua and Union of the Peje River by Veragua to raise awareness about the importance of protecting the forest, while simultaneously training the population in activities that are friendly to the environment – recycling, reforestation, protecting animals, and hydroponic vegetable gardens,” said Salazar.

Veragua additionally has a new program for its student and volunteer groups from the U.S. and Canada that focuses on environmental protection and climate change. Groups work hands-on in projects such as recreating habitats for animals and planting trees in the forest.