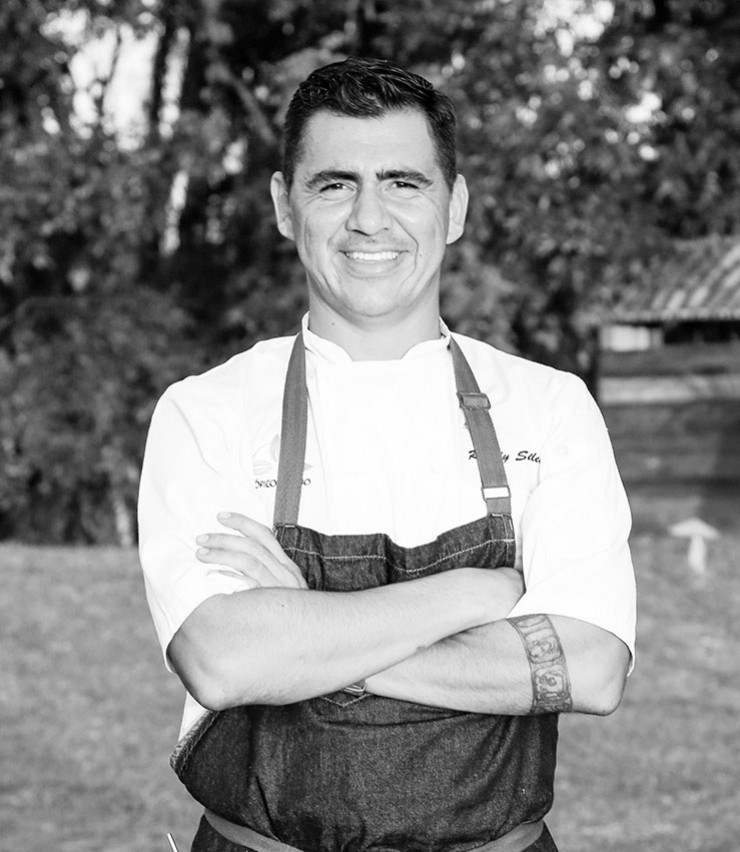 Costa Rican Chef Randy Siles shines in international news in recent months, including joining the most prestigious gastronomy club in France. Read on for more news.

Costa Rican Chef Randy Siles is skyrocketing this year as the most celebrated chef in Central America. He was invited to join the most prestigious French gastronomy club in April, cooked alongside Michelin Star chefs at an elite event in France, was nominated the first Costa Rican ambassador for Cook & Chef Institute, and featured in the January 2018 edition of Forbes Magazine Central America.

Siles is master chef at Hotel Tropico Latino in Santa Teresa, and Costa Rica’s first Chef Ambassador for the National Plan of Sustainable Healthy Gastronomy the past four years. He is also the founder and president of the Artesanos de la Gastronomía, or Artisans of Gastronomy Academy, that rescues young people at social risk in the tourist area of Santa Teresa and trains them in different branches of culinary arts.

“It is extraordinary what has happened to me over the past several months! I am really happy to be meeting and cooking with top chefs from all over the world. Gastronomy is my life. I live for this,” said the 36-year-old Tico chef.

Siles is no stranger to international culinary events and the media. As the country’s Chef Ambassador he regularly shows off his innovative Costa Rican recipes at key gastronomy tourist industry fairs, including the New York Times Travel Show, SOBE Miami Food and Wine, Montreal Travel Show, and other events around the world. He also does research with working visits to Michelin starred restaurants in Europe and Asia. Last autumn he traveled through Spain, France and Italy cooking with celebrity chefs, giving media interviews, promoting Costa Rican cuisine and looking for new culinary experiences.

In April, Laurent Boschero, chief editor of the esteemed French gastronomic travel guide Petit Futé, invited Siles to Provence to participate in the launch of their new edition for the Var region in France. At the elite event on April 12, 2018, Siles accompanied three French guest chefs, including three Michelin Star Chef Christophe Bacquié, to cook for more than 300 persons at the Hotel & Spa Du Castellet. Siles was the only non-French international chef invited.

During the event, Siles was surprised to be inducted as a member of the most prestigious gastronomy club in France, Les Toques Blanches.

“I am the first Central American to be a member. This was a big surprise for me,” said Siles. “Normally you have to apply to be included, and they surprised me with the membership at the end of the event based on my curriculum. It is a great honor.”

Siles now will oversee all future chefs in Latin America to be invited to Les Toques Blanches, he said.

In May, Siles also was nominated the new Costa Rican ambassador for Cook & Chef Institute, the first chef in the country to receive the distinction.

The Cook & Chef Institute is a foundation comprised of figures from the world of international haute cuisine and Bergner Group, the leading kitchenware items company in Europe, who have joined to share strategic thinking about cooking and technological innovation in kitchenware.

Siles was a judge for Cook & Chef Institute in Panama in May on a live TV program akin to MasterChef. And again in June, he helped judge the finals of the “Master of the Craft” culinary competition of the Americas at the Costa Rica Marriott Hotel.

In June, Siles was invited to Germany to cook at the birthday celebration of famous German photographer, Juergen Wegner, who owns a house in Costa Rica in Montezuma by Santa Teresa. The two became friends in December 2017 after Wegner dined on Siles’ cuisine at Hotel Tropico Latino. Siles also starred in a guest chef event at a restaurant in Hannover, Germany.

Besides being featured in the January 2018 edition of Forbes Magazine Central America as one of the Five Most Creative Persons in Central America and the Caribbean, Siles has been heralded this year in the media from France to England, Germany and Latin America. Siles and his Artesanos de la Gastronomía Academy were spotlighted on the Costa Rican TV station Teletica twice in May.

In September, Siles will participate in the La Ruta del Sabor (“Flavor Route”) program that brings international chefs and journalists to Costa Rica to learn about the gastronomy and culture. And coming in 2019, Siles is planning a gastronomic event at Hotel Tropico Latino in Santa Teresa with invited top international chefs.