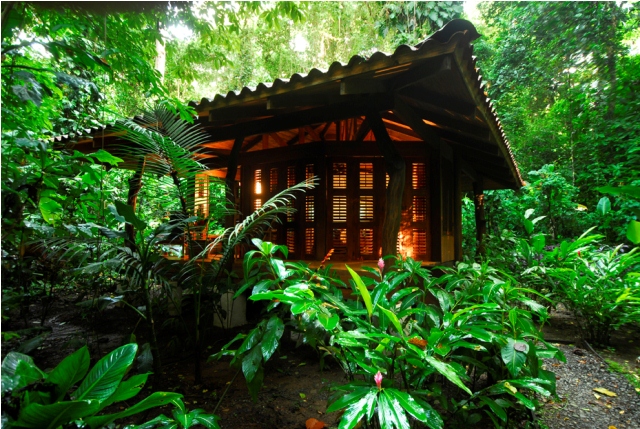 Tourism all over the world is on the upswing. World Tourism Organization (UNWTO) statistics show that the number of international tourists around the world grew nearly 5% during the first six months of 2012, as compared to the same period in 2011. Despite lingering worries over the global economy, international tourism is bouncing back. A record 467 million tourists traveled in the first half of the year, and UNWTO officials hope to reach the magical “one billion mark” for tourists by the end of 2012.

In Costa Rica, we’re feeling the same flush of tourism growth. From January to June of this year, 1,285,599 tourists arrived in the country and the figure is expected to reach 2 million by the end of the year, according to data from the Costa Rican Institute of Tourism (ICT). Costa Rica is at the top in the Americas with the biggest increase – 7.4% — over the same period in 2011. Central America showed an average growth of 7% overall, outperforming North and South America.

Costa Rica’s airports reported the largest number of arrivals into the country, representing 70%, according to the ICT. The Juan Santamaria International Airport in the San Jose metropolitan area received 655,530 arrivals, and the Daniel Oduber International Airport in Liberia welcomed 198,913 arrivals – a colossal increase of 26% in comparison with 2011 for the Guanacaste area. The majority of visitors came from the United States, Canada and Mexico, reports the ICT. Overall in Costa Rica, airport arrivals grew by 6.2% so far in 2012.

The Ministry of Tourism and Costa Rican Tourism In

stitute have been working hard to attract new airlines and increase the frequency of flights to the country. The endeavor is paying off. Eighteen international airlines fly into Juan Santamaria International Airport, and 7 into Daniel Oduber in Liberia, not including occasional charter flights. The ICT and Ministry of Tourism are ramping up big campaigns to attract tourists in the emerging tourism markets of Brazil, Russia, India and China.

For Costa Rica’s sizable tourism industry, maintaining the 2 million mark for tourists to the country is important. For the past 4 years (since 2008), just slightly over or just slightly under 2 million tourists have entered the country. For more than a decade, tourism represents one of the largest industries in the country, and now 5.5% of Costa Rica’s GDP, according to ICT statistics. The return of tourists is very welcome news to businesses all over.

Being the world’s “poster child” for eco-tourism certainly helps. Costa Rica was recognized as the “most popular destination in the world” for travelers interested in an eco-friendly trip, according to an April 2012 TripAdvisor eco-friendly travel survey. The ICT reports that nearly half (46%) of all international tourists entering the country in 2009 engaged in eco-tourism activities.

Costa Rica pioneered the eco-tourism trend, and its Certification for Sustainable Tourism (CST) program is recognized by the United Nations World Tourism Organization as the model for sustainable tourism practices in Latin America. The program rates Costa Rican travel and tourism companies that are committed to sustainable tourism through eco-friendly actions such as proper waste management, environmental protection, use of resources, respect for local cultures and support of local communities.

TripAdvisor’s eco-friendly travel survey indicates that the green travel trend is gaining ground among its members. Approximately 71 percent of TripAdvisor’s members said that they plan to make more eco-friendly travel choices in the next 12 months. In fact, the survey found that more than half of the respondents were willing to spend more money to stay at an eco-friendly hotel, with nearly a third of travelers saying they would choose to travel to a destination because it is considered eco-friendly.

All good news for Costa Rica!