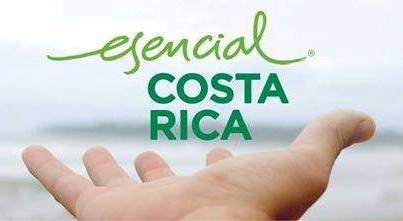 Costa Rica is known for its rainforests, beaches, nature and biodiversity. True, indeed.

But do you know that Costa Rica is the most innovative country in Latin America? Or that the Central American nation has celebrated well over a half-century of peace with no military forces? Or that it is home to a highly-educated society with thriving export and technology industries, and fast-growing foreign investment?

Costa Rica’s newly launched country brand, “Essential Costa Rica” (Esencial Costa Rica), centers on a complete image of the country – from its “peaceful, down-to-earth” people who proudly preserve their environment and happily enjoy a high quality of life, to a modern world of technology, trade and commerce, all set in the world’s premier ecotourism destination of rich biodiversity.

“This new country brand, well positioned and managed, will allow us to express a consistent and articulate central idea of the country, differentiating it from its competitors. This is the key to enhance attracting foreign direct investment, promoting exports and tourism,” remarked Costa Rica Foreign Trade Minister, Anabel González, at the official brand unveiling on September 3.

Costa Rica’s new country brand replaces the previous “Costa Rica: No Artificial Ingredients” trademark that was immensely successful in promoting the country as an ecotourism and adventure travel destination.

“We had a destination brand for 16 years, with very positive results, and that experience allows us to evolve and follow global trends. Now we will have a complete brand which will enhance all promotional efforts,” commented Costa Rica Minister of Tourism, Allan Flores.

“Essential Costa Rica” was created by global marketing company FutureBrand to embody the attributes of Costa Rica’s people and country – friendliness, happiness, solidarity, authenticity, cultural diversity, peace, democracy, and sustainability. The new logo’s shades of green reflect Costa Rica’s reputation for preserving its natural resources and biodiversity. The bold letters and casual script above are meant to convey Costa Rican’s (known as Ticos) friendly, open demeanor, as well as the strength and stability of its political institutions and democratic tradition, reported the Tico Times.

According to FutureBrand, Costa Rica occupies three number one positions that clearly mark consistency with its vision: first in “Natural Beauty“, first to be “Environment Friendly“, and first in “Hotels and Resorts“. It also scores well on “Freedom of Expression“, “Political Freedom” and “Tolerance,” reflecting the country’s long-standing democratic tradition – one of the oldest in Latin America.

Costa Rica not only has a pleasant climate, but also a growing and well-developed health system for locals and foreigners, and positive indications for investment, notes FutureBrand in its Latin American CBI report. “Costa Rica is to be recognized as a country with a value that integrates optimally to tourism, promoting exports and attracting investment,” FutureBrand informs.